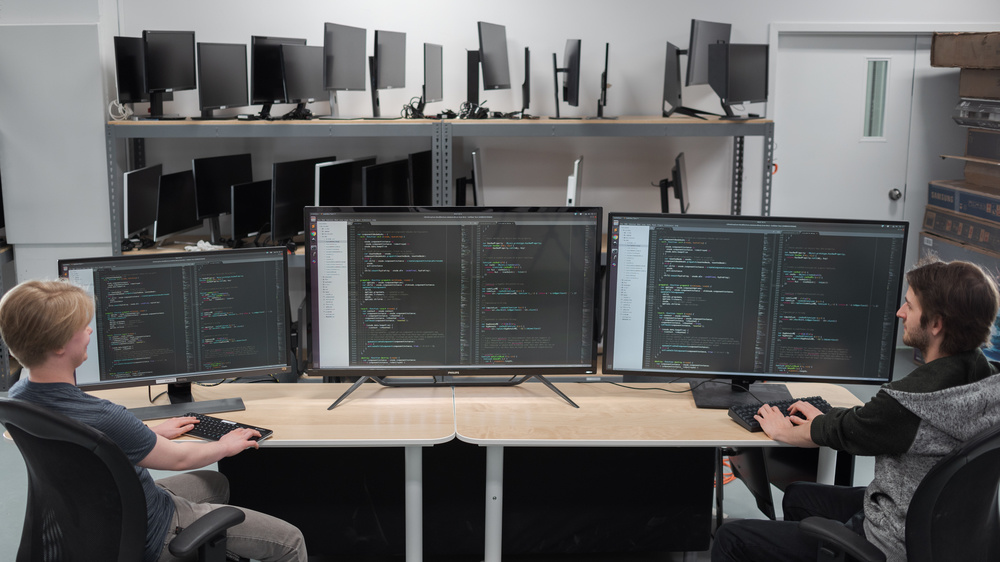 When programming or coding for long periods, it's essential to have a comfortable monitor to keep eye-strain to a minimum. It's important to get a monitor that's the right size, with enough screen real estate to have multiple windows open, and still work comfortably without having to squint. A flicker-free monitor is also a must, as backlight flicker can cause headaches and eye strain with prolonged periods of use. Many programmers even prefer working with more than one monitor, as you can have your editor open on one and your specifications open on another.

03/27/2020: Minor text and structure changes, no change in recommendations.

Our recommendations are based on what we think are the best monitors for coding and programming that are currently available. They are adapted to be valid for most people, in each price range. Rating is based on our review, factoring in price and feedback from our visitors.