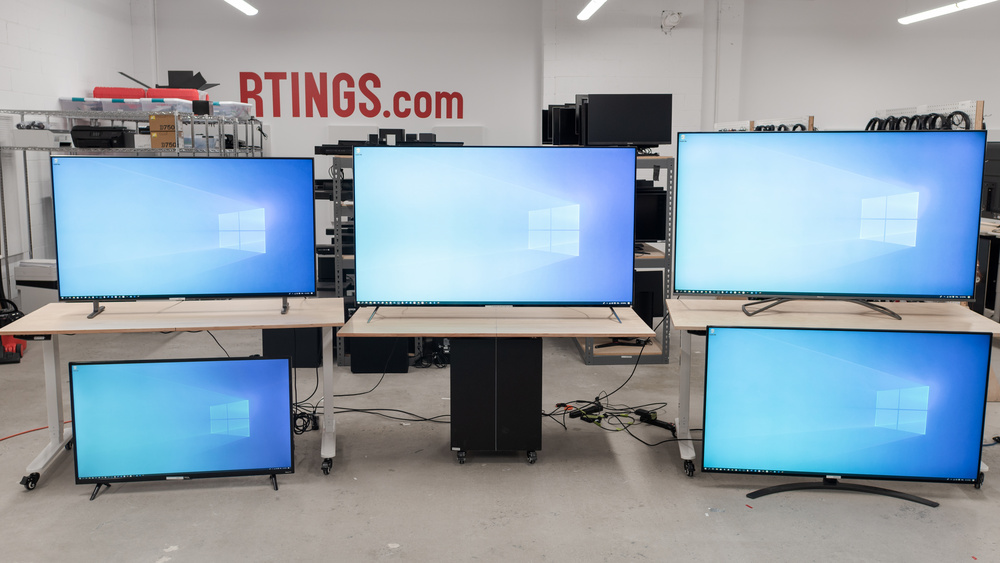 PC monitors and TVs are close relatives. TVs usually have more advanced image processing capabilities than monitors and come equipped with tuners, and they're usually bigger. TVs offer a PC Mode option, which removes the extra image processing and ensures the lowest possible input lag. Monitors usually have DisplayPort connections that TVs still lack. The most important thing to consider when choosing a TV for PC monitor usage is the TV's ability to display chroma 4:4:4 for clear text. You'll likely want to get a TV with a wide viewing angle so the image remains accurate at the edges if you sit close.

Our recommendations above are what we think are currently the best TVs to use as a PC monitor for most people in each price range. We factor in the price (a cheaper TV wins over a pricier one if the difference isn't worth it), feedback from our visitors, and availability (no TVs that are difficult to find or almost out of stock everywhere).