HDMI vs DisplayPort
Which is the best? 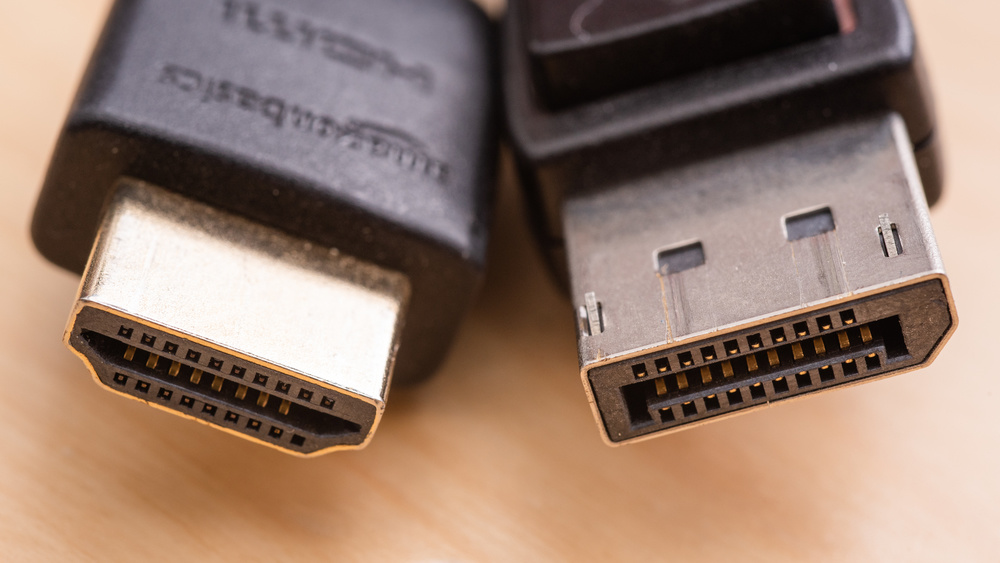 HDMI and DisplayPort are two of the most commonly used connectors on displays and media devices. From computers and gaming consoles to the smallest monitors and the largest TVs, chances are you have something that supports at least one of these connectors. When it comes to monitors, most of them come with at least one HDMI and DisplayPort connection, and most computers support both. But what is the difference between the two, and how do you decide which one to use?

HDMI and DisplayPort were designed for different uses, so they support different technologies. Each has its own advantages depending on how you plan to use it.

The maximum resolution and refresh rate available depends on the specific versions of DisplayPort and HDMI available to you. Most monitors on the market today support either DisplayPort 1.2 or 1.4 and/or HDMI 1.4 or 2.0. While the exact specifications vary depending on a few other factors, below is a list of the approximate maximum formats each connector can support.

HDMI is technically superior thanks to the release of HDMI 2.1, which surpasses the capabilities of DisplayPort 1.4, but monitors that support it are scarce. Expect that to change soon, though, as a number of manufacturers announced HDMI 2.1 monitors at CES 2021. Compared to standard HDMI 2.0, DisplayPort 1.4 is superior. DisplayPort 2.0 has also been announced, and it has an even higher maximum bandwidth than HDMI 2.1 at nearly triple the bandwidth of DisplayPort 1.4. This would theoretically make it possible to achieve resolutions of up to 16k with compression or lower resolutions with much higher refresh rates than is currently possible. As of writing, though, there's no hardware that supports DisplayPort 2.0, and due to global delays, we likely won't see any until late 2021 at least.

First introduced with DisplayPort 1.2, Multi-Stream Transport, or MST, allows you to connect multiple displays to a single DisplayPort connection on your computer. Although the total bandwidth can't exceed the maximum bandwidth of the port you're using, in theory, this technology allows you to run up to 63 separate displays on a single port. This device chaining can be done either from one display to another, a technique known as 'daisy-chaining', or through an external hub. With two different mainstream VRR technologies on the market, it's important that your choice of connector match your needs. If you're looking to connect a PC with an AMD graphics card, or an Xbox, you'll be looking for a display that supports FreeSync. FreeSync is supported on both HDMI and DisplayPort, so you don't really have to worry about it. G-SYNC, NVIDIA's VRR technology, is only supported over DisplayPort at the moment, so if you have an NVIDIA graphics card, a DisplayPort connection is best. For options, see our recommendations for the best G-SYNC monitors.

Learn more about the difference between FreeSync and G-SYNC.

Mainly supported on compact 2-in-1 PCs and some phones, USB-C Alt-Mode can send a video signal over a USB-C port. DisplayPort has supported this capability since 2014 and depending on the bandwidth required for the display, it also allows USB data to be sent over the same cable, so if your monitor has built-in USB ports, you can drive the display and the USB ports with a single cable. This also allows for USB Power Delivery mode, powering your computer with a single cable. HDMI also supports USB-C Alt-Mode, but requires a more complex cable, as the signal must be converted from DisplayPort to HDMI.

This is just a summary of the major technologies supported by both DisplayPort and HDMI. HDMI also supports other technologies, including ARC and eARC, and Ethernet-Over-HDMI. With very few exceptions, these technologies are mainly designed with TVs in mind, and they aren't supported on the vast majority of monitors, so they're beyond the scope of this article. 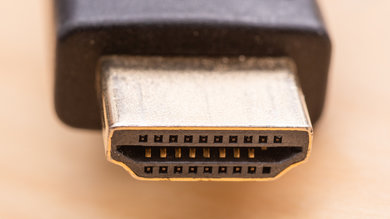 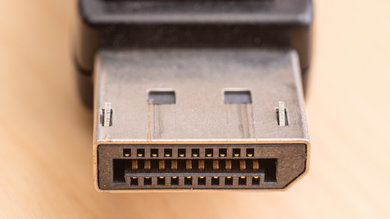 Standard HDMI cables are available in lengths exceeding 100' for 1080p signals, or 30' for 4k signals. Using active cables, or other transmission methods, like HDMI over HDBaseT, makes it possible to run HDMI cables for over 300'. DisplayPort, on the other hand, has a maximum length of about 10' according to the official standard. Longer cables exist, but the maximum resolution and refresh rate may decrease with longer cables.

Originally designed for HD TVs, HDMI is now supported by almost any home audio/video device, including computers, home theater systems, game consoles, etc. HDMI is also supported by the vast majority of displays currently on the market, from small portable displays to the largest 8k TVs.

DisplayPort was designed for computer use as a replacement for DVI and VGA connectors. There are no consumer TVs that support DisplayPort at this time, and we don't know if there ever will be. None of the major game consoles support DisplayPort, nor do most cable/satellite boxes or streaming devices.

DisplayPort and HDMI cables deliver very similar performance, but they each have their advantages and disadvantages. HDMI is supported on more devices, but DisplayPort, which was designed for computers, has a few technical advantages. Overall, if you're looking to connect your computer to a new monitor, use DisplayPort if it's an option. If not, HDMI is an almost equally good choice. If your monitor has a limited number of inputs, using DisplayPort will also leave your HDMI ports free, which is great if you want to connect a game console or other device.