By Nicholas Di Giovanni
What it is: If the monitor has the option to turn the backlight off between refresh cycles. Also known as Black Frame Insertion (BFI).
When it matters: Backlight strobing reduces motion blur, at the cost of reduced brightness and flickering.

Many gaming monitors have a feature known as backlight strobing, which is commonly known as black frame insertion (BFI). BFI features aim to reduce persistence blur caused by the sample-and-hold method that all displays use, which results in a trail appearing behind fast-moving objects. It happens when the backlight of the display is flicker-free, so a BFI feature introduces flicker, or black frames, to help reduce this persistence blur.

When evaluating the backlight strobing or BFI feature of a monitor, we adjust the settings to determine the refresh rate range at which it works. We photograph the appearance of blur on the monitor and play with the different settings to see which customization it supports. We also check to see if backlight strobing can be used simultaneously with the variable refresh rate feature, and we measure the backlight pattern.

If you want to see our test for TVs, check our Image Flicker of TVs article, and you can learn more about the image flicker in Monitors here.

Backlight strobing is designed to improve the appearance of motion, particularly when there's persistence blur. Persistence blur is caused by the sample-and-hold method monitors use, causing a trail to appear behind fast-moving objects. Introducing BFI features can help reduce this persistence blur and make motion look crystal clear.

Enabling the BFI feature on your monitor is entirely a personal choice, and some people simply prefer leaving it disabled. You shouldn't buy a monitor only because it has a BFI feature, but if you prefer having one, then it's something to consider.

Below you can see how the BFI feature on the Gigabyte M27Q X improves the appearance of motion. Although it already has such fantastic motion handling, enabling the BFI further makes fast-moving objects look clearer. 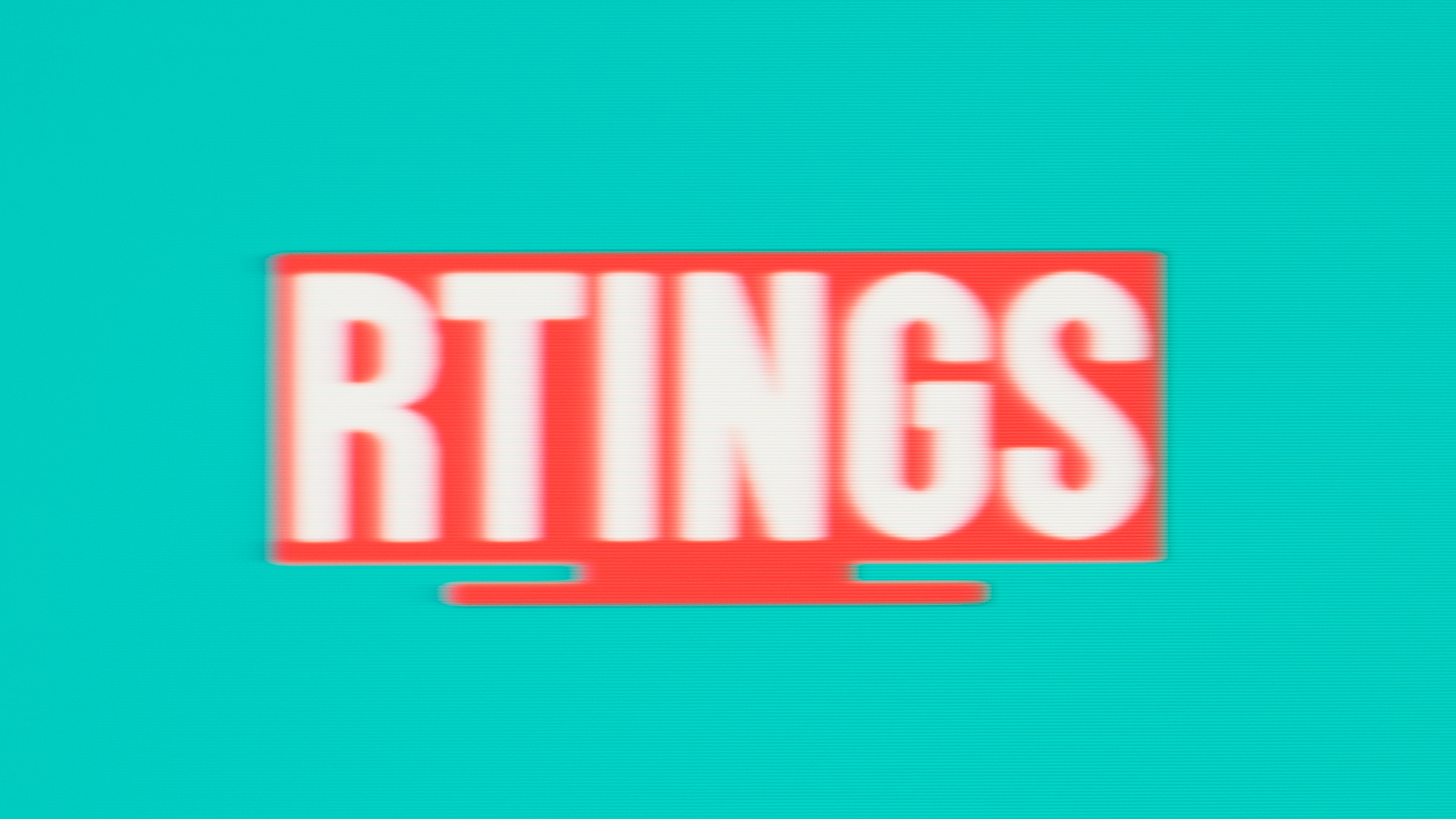 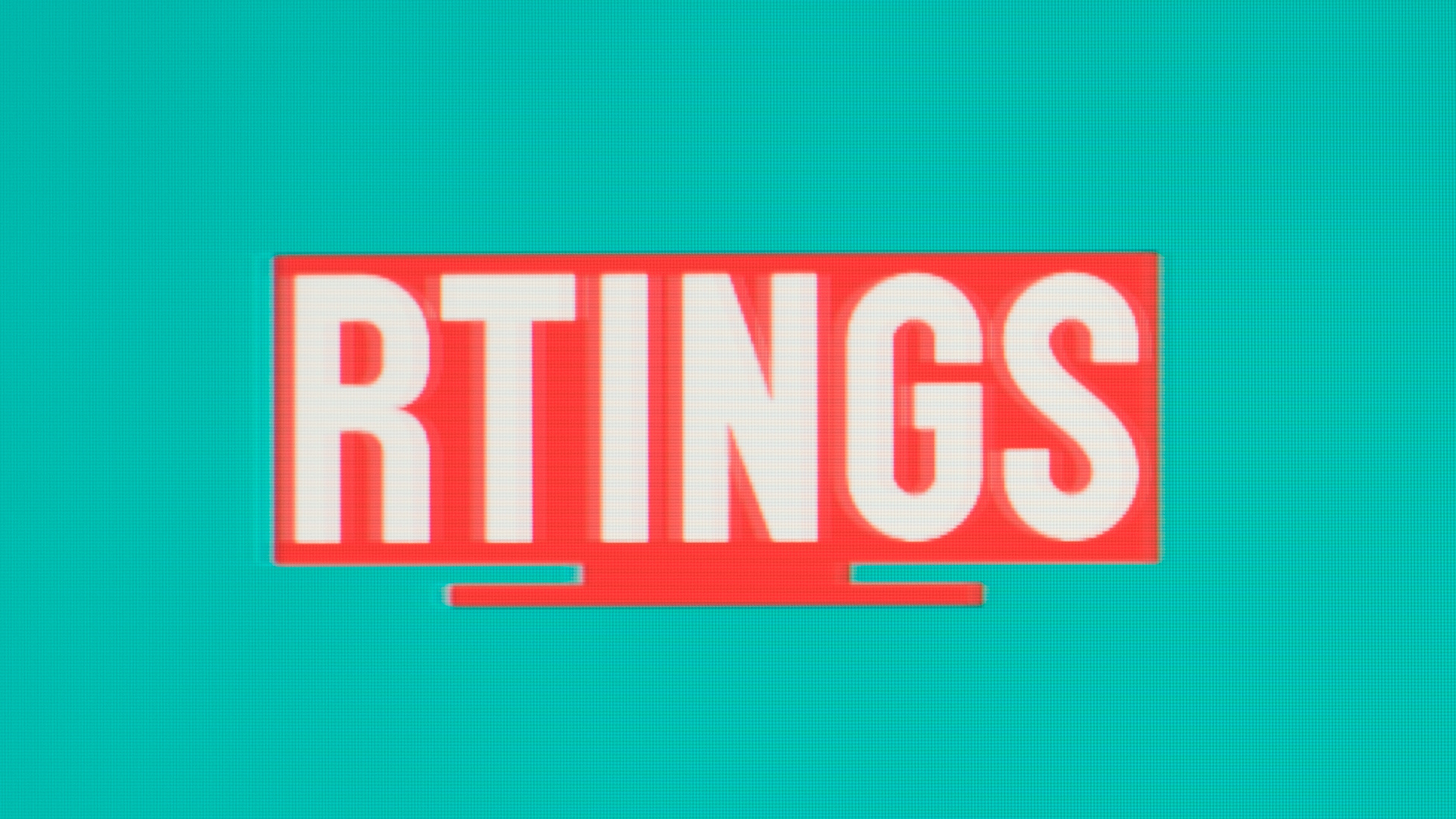 While the titles backlight strobing and BFI are often used interchangeably, including in this article, these are different technologies used with LED and OLED monitors, but they achieve a similar result. As LED monitors have a backlight, the backlight strobing causes the backlight to flicker. However, OLEDs don't have a backlight and insert black frames in between the actual frames of the signal, which is where the name black frame insertion comes from. OLEDs implement the BFI by cutting the source's frame time in half, allowing it to insert those black frames, but LED monitors don't have to alter the source's frames for it to work.

Even though we don't score the BFI performance on a monitor, we evaluate a few different aspects of the BFI feature. Most of it comes down to how customizable it is and if you can control the BFI feature to your liking. We also take a photo to show how it looks and include additional photos if there are various settings and refresh rates it works with.

What it is: If the monitor has the option to turn the backlight off between refresh cycles. Also known as Black Frame Insertion (BFI).
When it matters: Backlight strobing reduces motion blur, at the cost of reduced brightness and flickering.
Good value: Yes

The first thing we do is determine if a monitor has a backlight strobing feature based on its settings. If it does, we proceed with the test. We then find out the different refresh rates at which it works, and we use our specialized response time tool connected to a PC to measure and capture the flicker frequency of the backlight at the various settings. We publish the flicker graph at the monitor's max refresh rate with the brightness at its max.

Below you can see what the 170Hz flicker looks like on the Gigabyte M27Q, and compare it to its backlight when the BFI feature is disabled and flicker-free. You can see that when there's a dip in the graph, that's when the backlight is off.

We also take a photo of the same moving object as our Response Time test, but with BFI enabled, to see what it looks like. While this doesn't give a complete picture, it helps us see if there's any image duplication. Below you can see two examples of what a BFI feature can look like when it's good and bad. The Samsung Odyssey Neo G9 does a good job at reducing persistence blur, and the image looks good with BFI enabled. 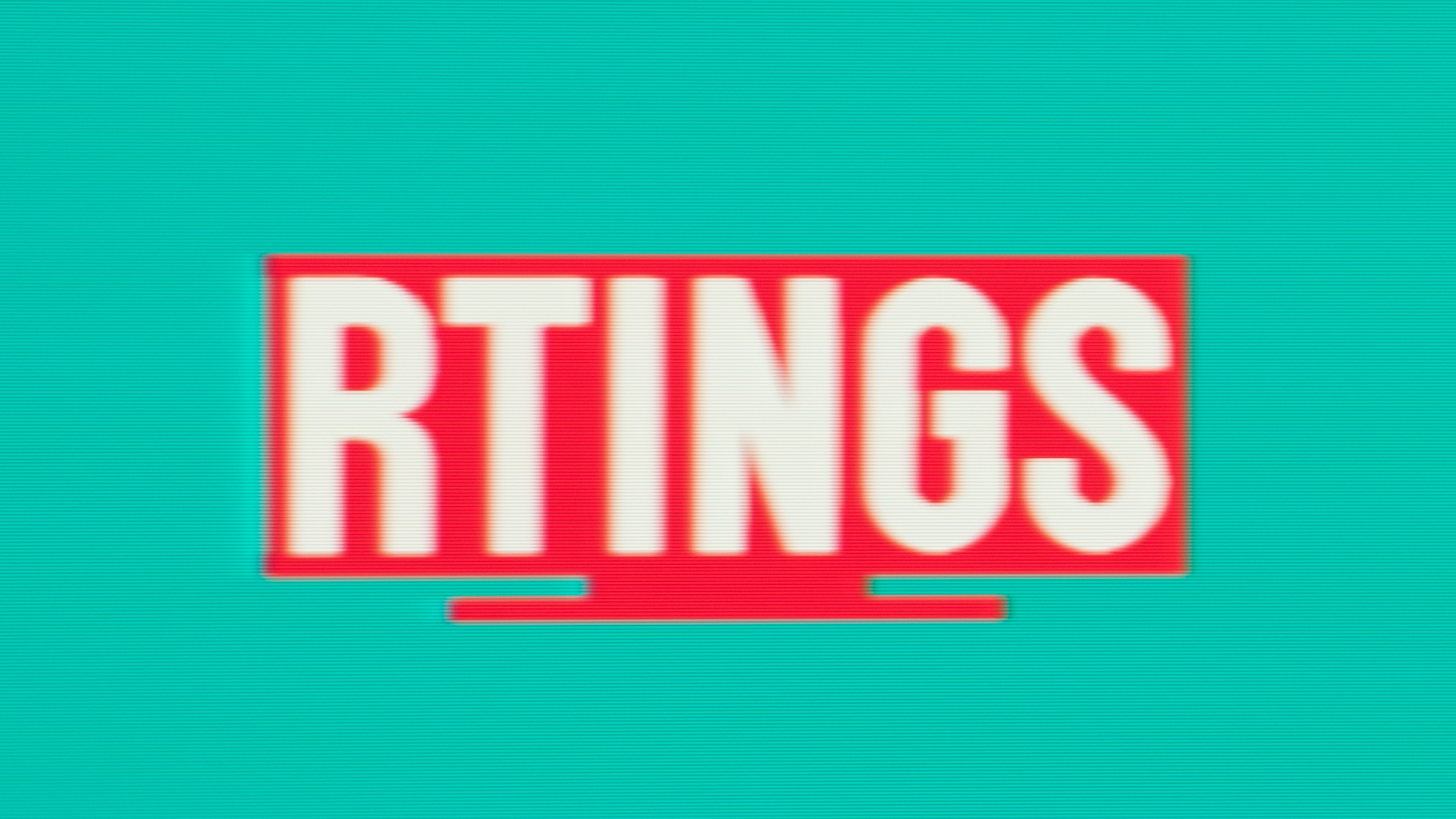 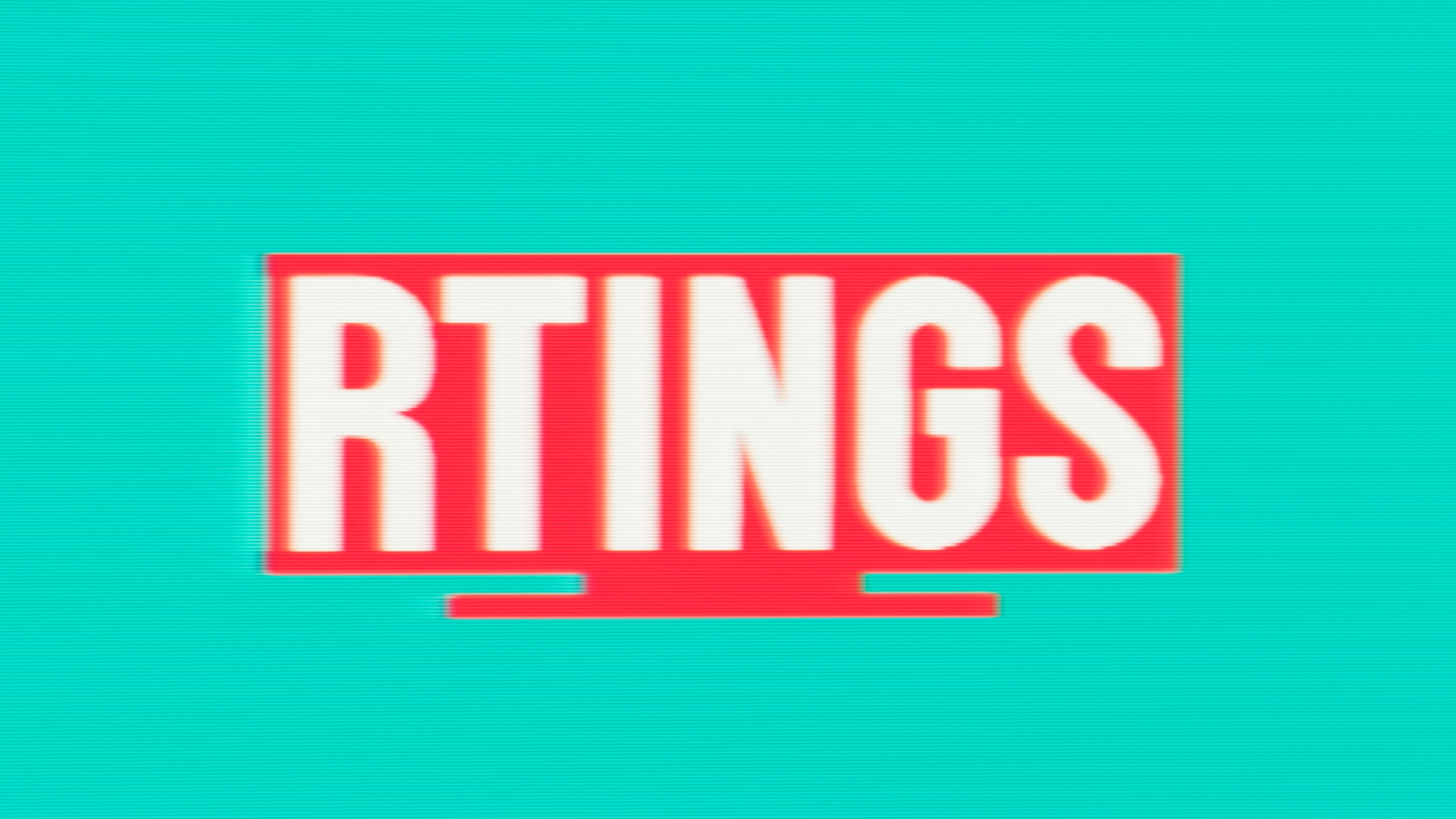 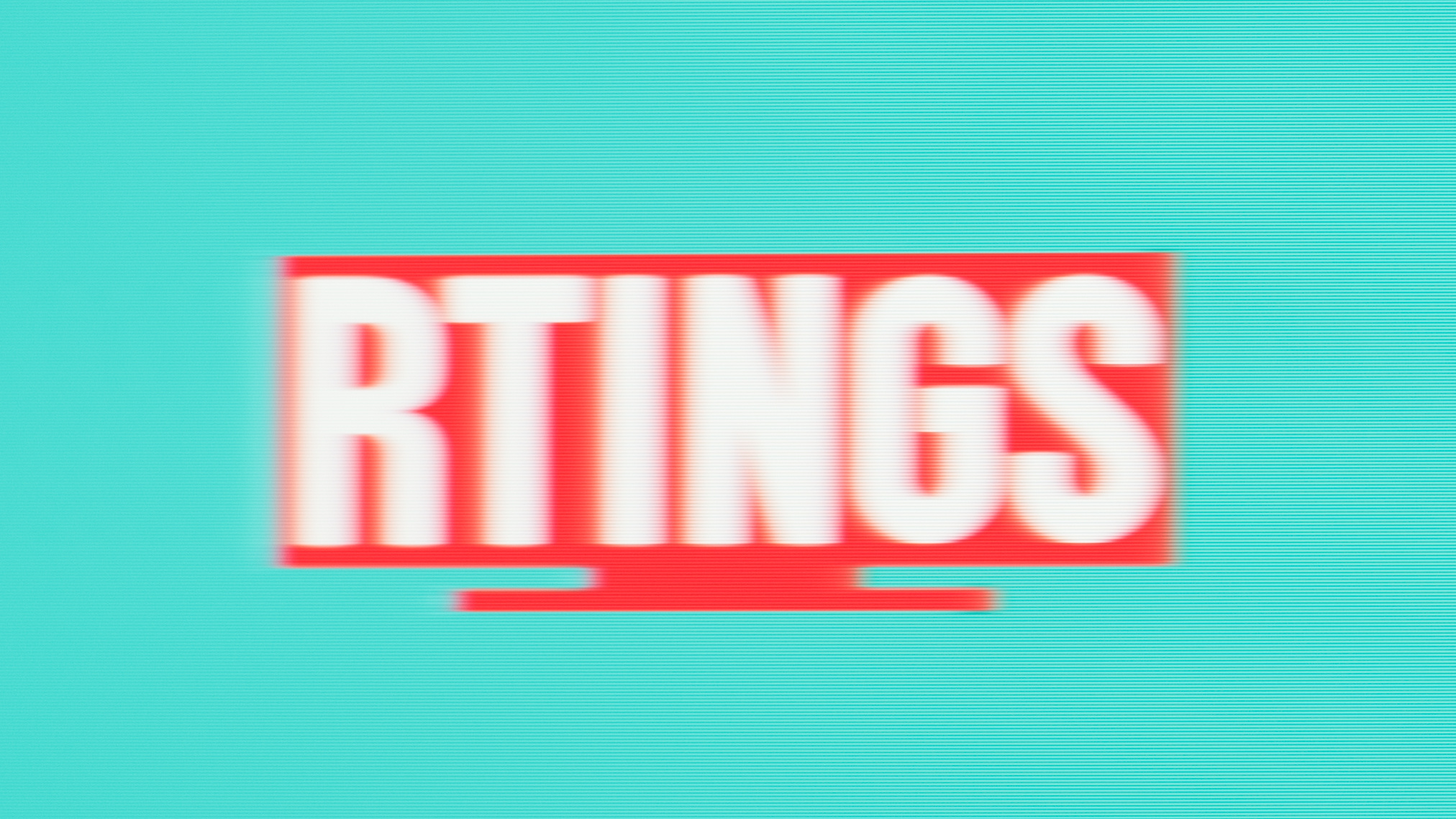 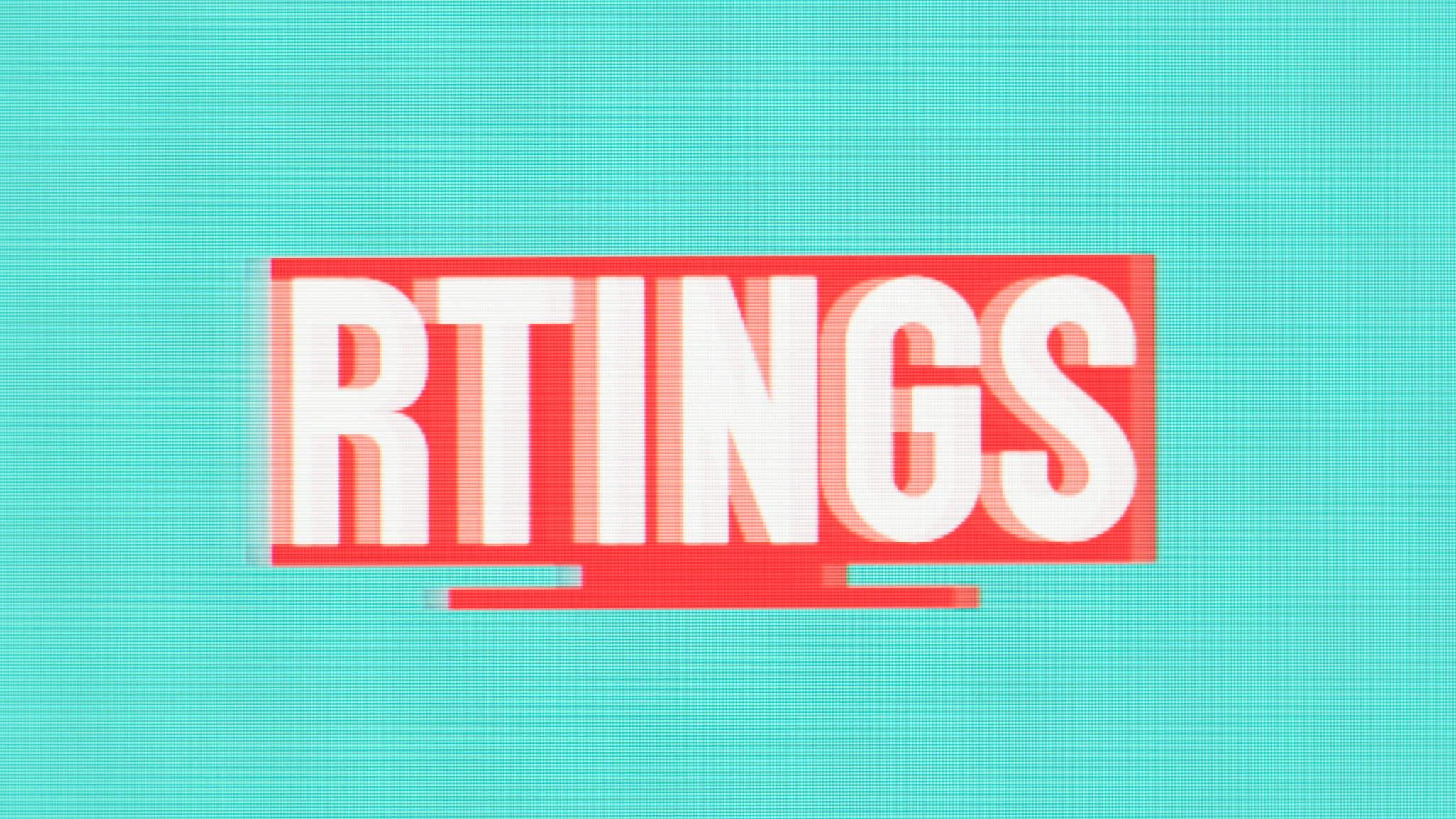 The Minimum Frequency is the lowest refresh rate at which the feature can be enabled. It's useful for users who want to use this feature with console games that have low frame rates. The theoretical best value is 1Hz, but a flicker that low tends to be noticeable and distracting. Monitors with a wide range between their minimum and maximum brightness are ideal because they're great for different types of users and games.

A longer pulse width results in higher peak brightness because the backlight is on for longer. We measure the brightness with the pulse phase at its longest. This measurement is important if you game in a well-lit room or if you don't like dark displays and want the monitor to get bright. Many monitors don't have a customizable pulse width control, but we still take the measurement, and the Longest Pulse Width Brightness and Shortest Pulse Width Brightness are the same on those monitors.

What it is: The maximum brightness of the monitor with the backlight strobing set to its shortest pulse width.
When it matters: Along with the Max Pulse Width Brightness, to see how much brightness is sacrificed to get the clearest motion.

What it is: If the duration of backlight on and off time can be altered.
When it matters: A longer off time (shorter pulse width) will result in clearer motion but comes at the cost of reduced brightness.

As mentioned above, some monitors have the option to control the pulse width, which essentially controls how often the backlight is flickering. A shorter pulse width helps reduce persistence blur, but it results in a darker image, while a longer pulse width results in a brighter image, but motion may not look as good.

You can see an example of this below with the AOC CQ27G2. On the left is the BFI setting at its lowest of '1', and as you increase the settings, the pulse width becomes smaller to minimize the time the object is on the screen for. You can see at the max setting, 'Boost', that motion is a lot clearer, even if there's still some image duplication due to the timing being off. 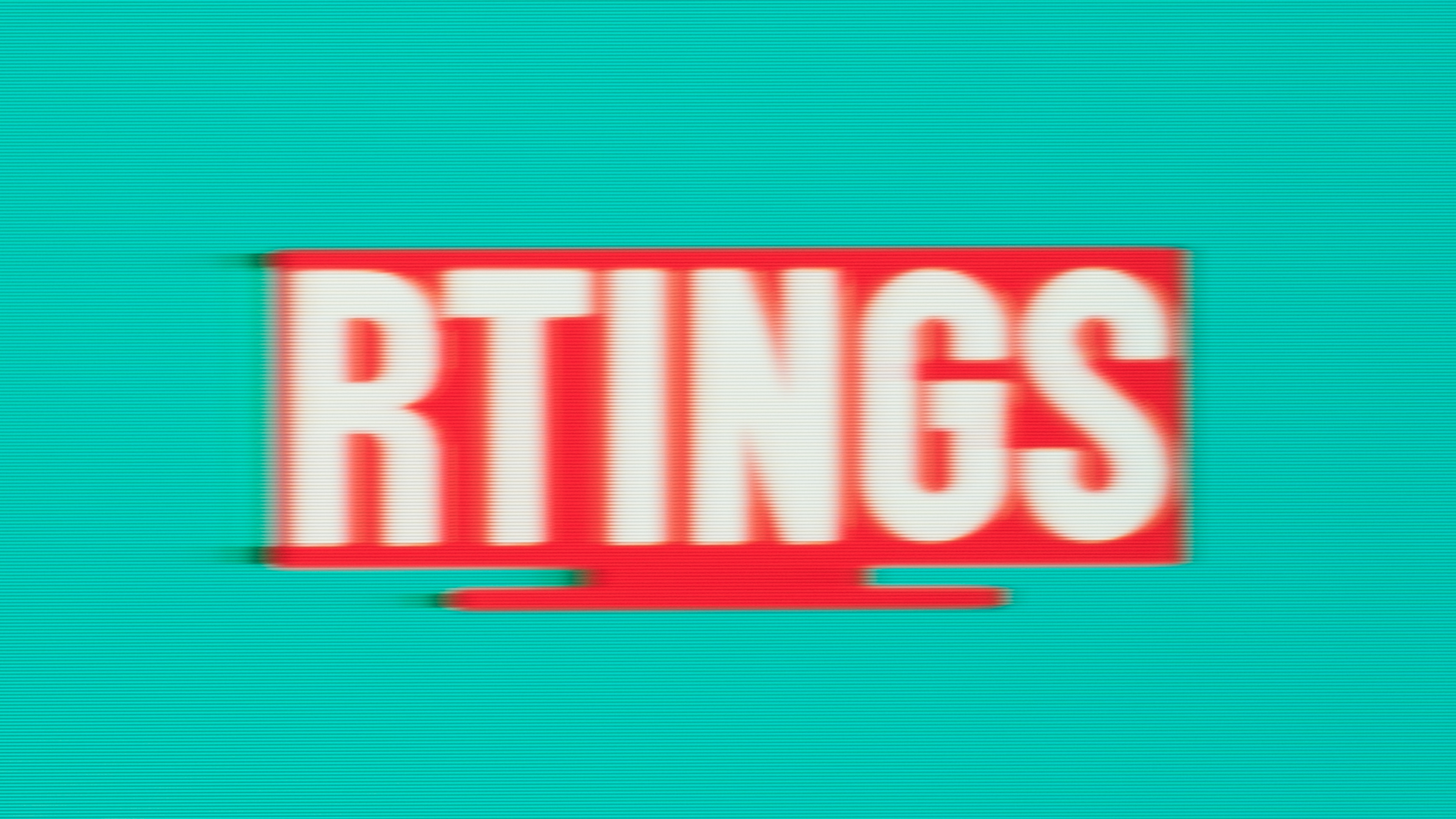 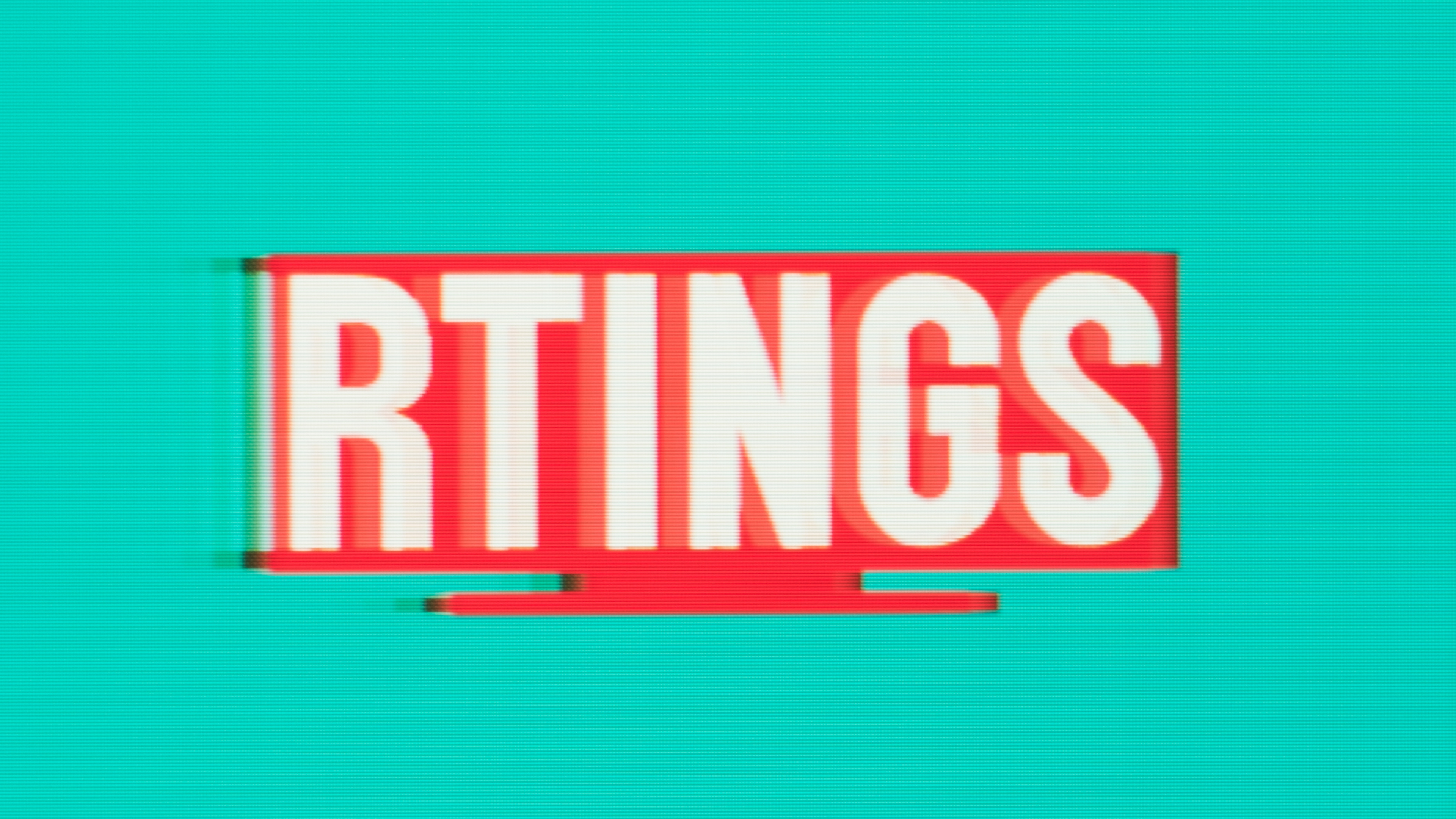 While the pulse width controls the length of each pulse, the phase controls the timing. If the timing of the BFI feature, there's noticeable image duplication which can get distracting. Adjusting the phase allows you to precisely control when each phase occurs, to eliminate the amount of strobe crosstalk, and eliminate this double image. As important as this feature is, there are also very few monitors that support it. Below you can see what bad timing looks like on the left versus good timing on the right. 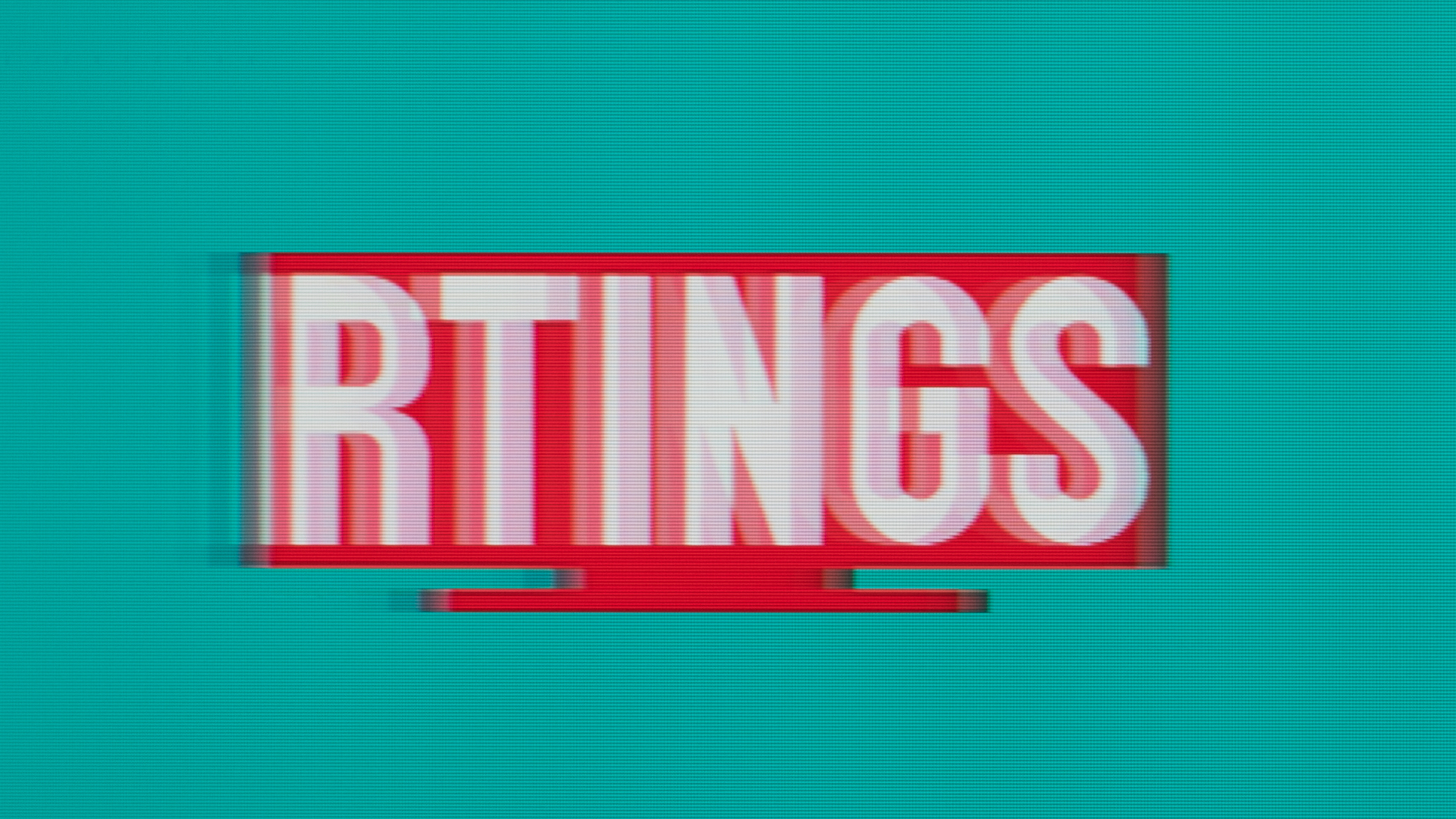 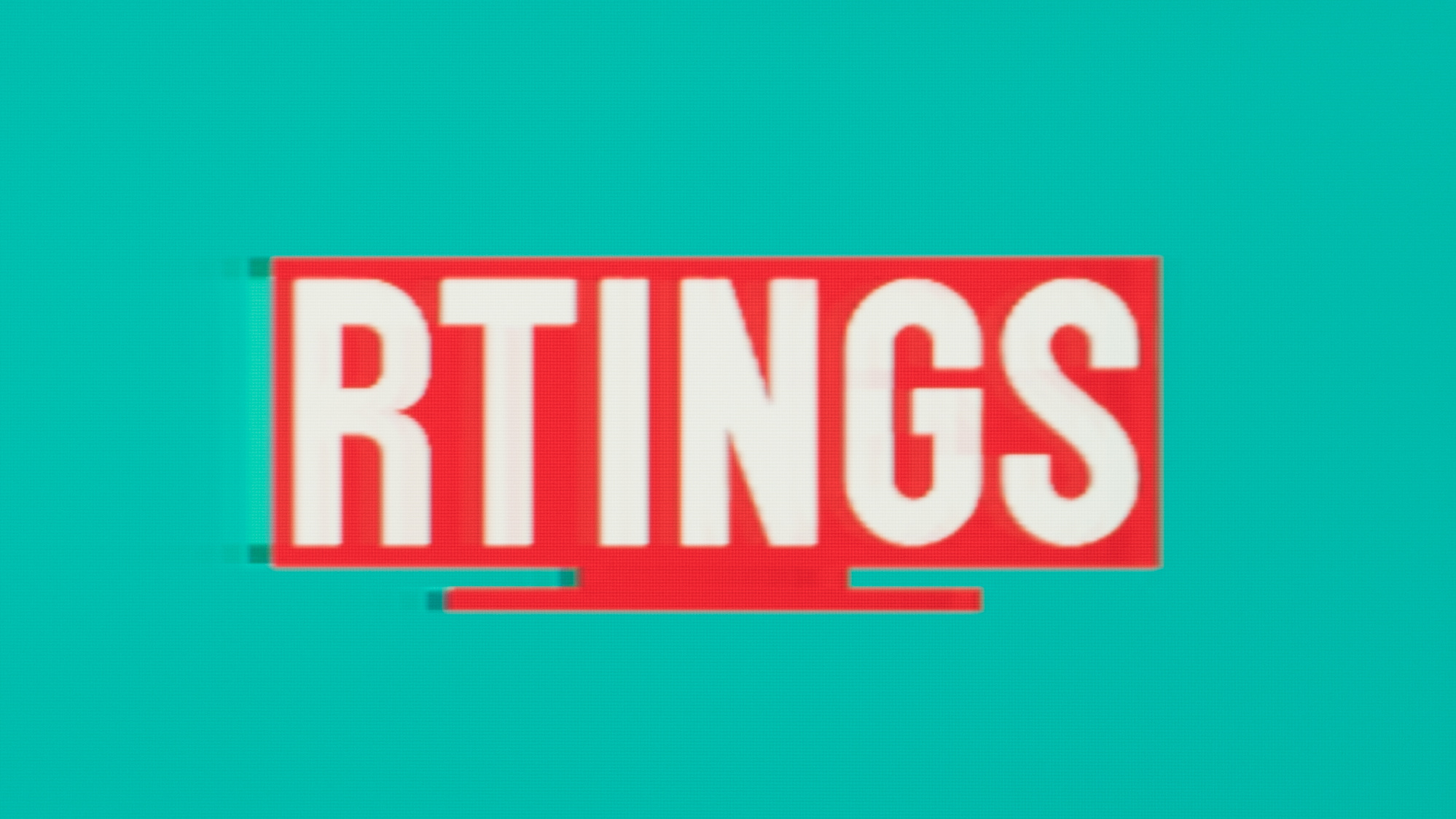 VRR At The Same Time

Many monitors don't allow their BFI feature to work at the same time as VRR, likely because it's difficult to adjust the backlight flicker according to the refresh rate when it's fluctuating. It's important if you play games with VRR enabled and like to use the BFI feature. Unfortunately, most monitors don't allow both to work at the same time, and the ones that do are mainly from ASUS and Gigabyte.

To enable the BFI feature, the actual setting names differ from brand to brand, and you can see the various names for different brands below. This isn't an exhaustive list, but it's an example that shows that each brand calls the setting differently.

Additionally, some brands offer different BFI settings to control the intensity and effectiveness of the feature. For example, with the ViewSonic XG2431, there are five different settings, ranging from 'Light' as the most basic to 'Ultra' as the most intense. You can see the difference between 'Light' and 'Ultra' and their effect on a moving image with a 60Hz signal below. 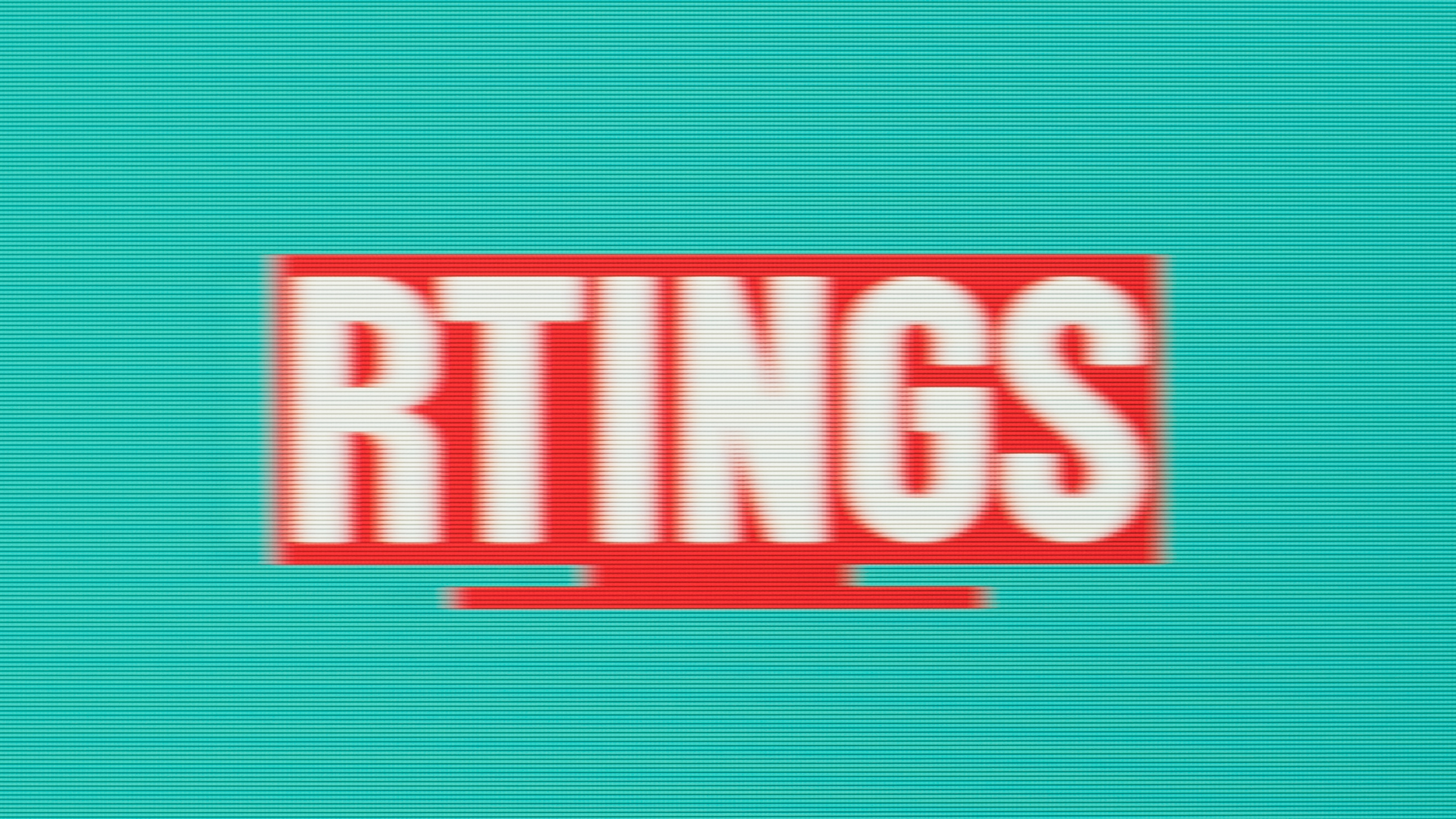 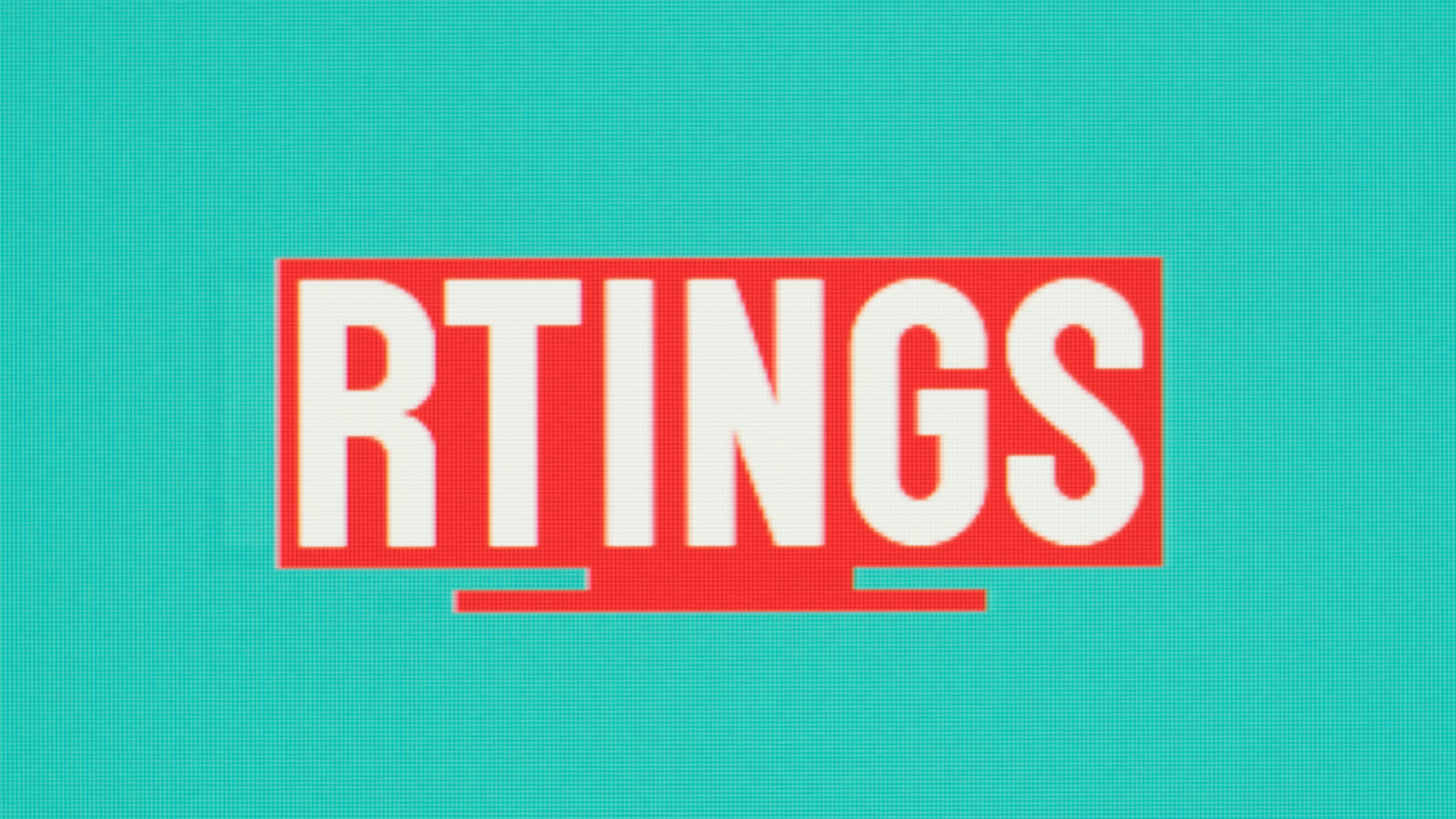 Backlight strobing features on LED monitors and black frame insertion on OLED displays aim to reduce the persistence blur that our eyes see by introducing flicker or black frames. Monitors implement this feature in different ways, and our tests aim to look at the customization of it and to see at which refresh rates it works. We also measure the brightness of the display with the feature enabled and if it can work at the same time as VRR. While this feature helps improve the appearance of motion, many monitors don't have a good implementation of it, so don't buy a monitor just because it has a BFI feature.