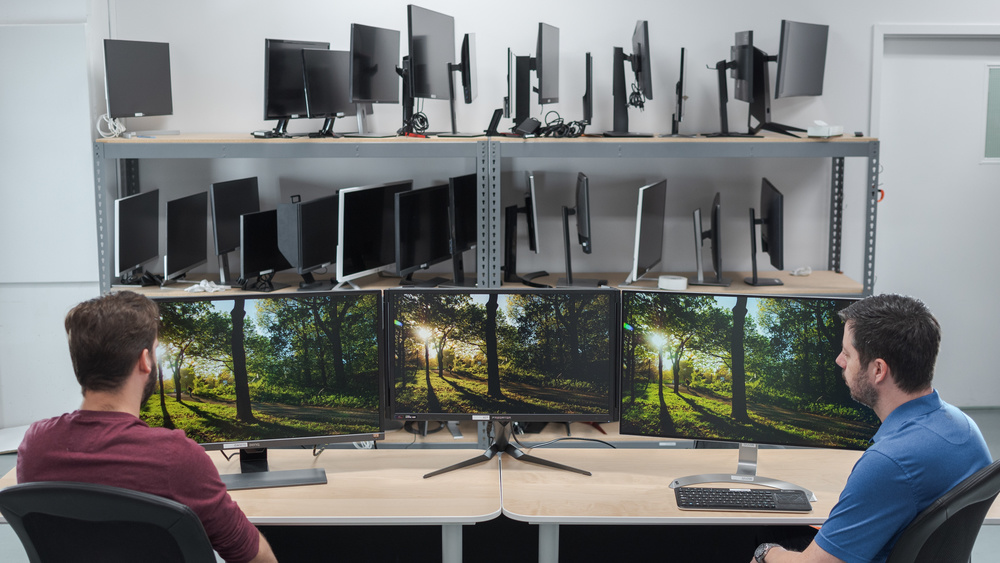 Although most modern monitors support HDR, they still lag behind TVs for HDR performance. Supporting HDR is one thing, but you also need the monitor to display a wide color gamut, get bright, and have a good local dimming feature so that HDR looks vivid with highlights that pop. If you're looking for a new monitor, though, and HDR is important to you, then there are still a few choices out there. Although most of them lack good local dimming and can't get as bright as TVs, they're still decent enough and are better than simple SDR monitors.

Our recommendations are based on what we think are the best 4k monitors that support HDR. They're adapted to be valid for most people. Rating is based on our review, factoring in price, and feedback from our visitors.

If you would prefer the make your own decision, here is the list of all of our 4k monitors that have HDR10 support. Be careful not to get too caught up in the details. Most monitors are good enough to please most people, and the things we fault monitors on are often not noticeable unless you really look for them.