In 2019, 3D TVs are all but gone. In fact, the last 3D TV we reviewed was a 2016 model. While it was often touted as a major paradigm shift in televisions a few years ago, it has been abandoned completely now. No TV released this year in the United States had 3D, and the models available in the rest of the world can be counted on the fingers of one hand. 4k Blu-rays do not even support 3D.

A 3D TV uses either active or passive 3D. Most people prefer passive 3D over active 3D, even though the resolution is cut by half, because the glasses are cheaper and there is less crosstalk.

All 3D images, including the ones we see with our eyes, work on one principle: each of our eyes sees a different picture. By perceiving a slightly different picture from each perspective, the brain automatically constructs the third dimension.

What it is: Active 3D TVs alternate between displaying frames meant for the right eye and the left eye. The glasses are synchronized to the TV and shutters darken the individual lenses in tandem with the image on the screen. This causes each individual eye to only see the image made for that perspective and vice versa (right is closed when the left image is shown, left is closed when the right image is shown). 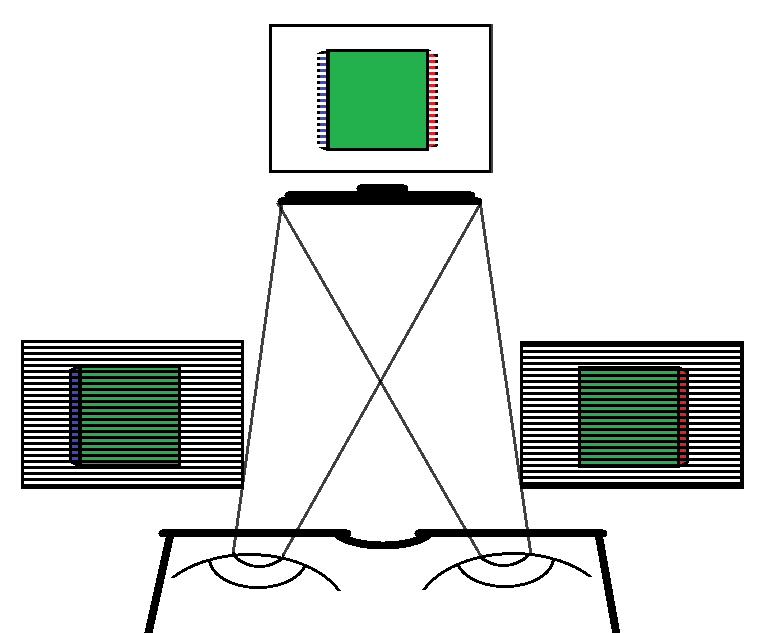 What it is: Passive 3D TVs blend two frames in one, alternating between horizontal lines of the frame meant for the left eye and the one for the right eye. Passive 3D glasses have different polarization on each lens that fits with their respective lines (right polarized for even lines, left for odd).

When we look at an object in real life, we see it in three dimensions because each eye sees it from a different perspective. The three inches between our eyes are enough to create two different images, and the difference between those images allows us to see in 3 dimensions. This is the basis for the two systems of 3D TVs, and they apply the same logic using two distinctive techniques. 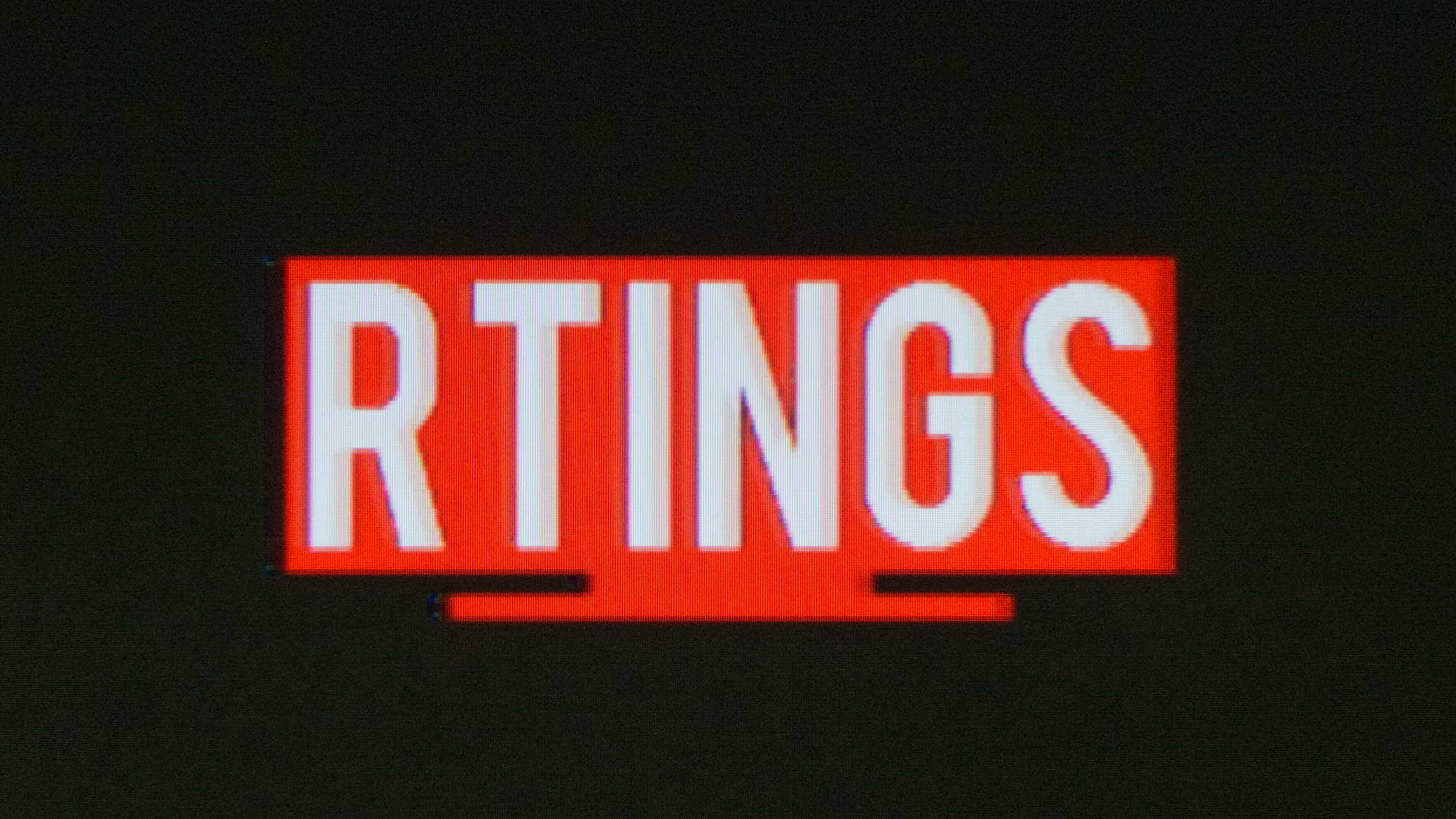 3D crosstalk, or ghosting, looks like two superposed images. It will make a section of the picture blurry - usually the edges of an object. The best way to experience what crosstalk looks like is to remove 3D glasses in a theater. This is, of course, the extreme case, where the complete picture has crosstalk (with normal usage, only small parts of a screen will show that defect).

There are two reasons why you may experience crosstalk. First, some televisions don't do a good job of displaying the correct picture to each eye. For example, on an active 3D TV, if the glasses are not perfectly in sync with the television, one eye can start to see part of the picture meant for the other eye. This is an effect of the TV's response time. As the shutter hides the left eye, some TVs might take long enough to display the next image that a faint trail of the previous one remains and leaves an undesirable doubling effect.

In the past, some theaters that used passive 3D could suffer from even worse crosstalk than active ones. Polarization used at the time would cause a very dramatic effect if the viewer were to tilt their head. Thanks to modern polarization techniques, newer passive 3D TVs are free of this issue.

Second, the actual media could contain crosstalk issues embedded. Even if each eye perceives the correct picture, the movie itself could be the problem. This is mostly present in low budget movies or movies that were originally filmed in 2D, but remastered in 3D in post-production.

This sounds like a pretty dramatic difference, but in reality, it is not completely halved. Some parts of the image are shared between the two eyes, and your brain does a great job at blending the information it gets. This isn't perfect, but if you sit slightly further than we recommend (see TV size to distance ratio), it is close to imperceptible.

Unless you plan on getting a 1080p TV, then the difference is even smaller with 4k TVs. Since 4k has twice the vertical lines, it means that the reduced vertical resolution is far less impactful, especially since it matches the source resolution.

Winner: Active 3D. While Active 3D technically uses a better resolution, the difference between the two is imperceptible unless you are sitting close to the TV. The difference is even smaller on a 4k TV since the lines are half the size.

When you put on the glasses, you will notice the brightness of the screen has been reduced by about half. With both methods (active and passive), only half the light gets to the eye. With an active 3D TV, the lenses of the glasses are black half of the time. With a passive 3D TV, one line out of two is black. To compensate, most TVs will automatically increase the brightness when displaying 3D content.

The biggest difference when it comes to motion between the two technologies used for 3D TVs is that Active 3D shows left/right frames in sequence, while Passive 3D shows them simultaneously. This creates an issue when there is movement on the screen.

For example, when you follow a moving object from left to right, your eye will be in a continuous motion. Since the L/R frames are shown one after the other, your brain expects there to be a very slight difference in position between them. Since there is none, your brain perceives it as a difference in perspective or depth instead of movement. This reduces the quality of the 3D effect and can even introduce fatigue.

Flickering, depending on the frequency, can be a common cause of discomfort with TVs. For many people, it takes as little as 30 minutes to feel a headache from watching a flickering screen. While this can be an issue regardless of the TV's support of 3D, models that use active 3D shutters will inevitably cause this.

Since 3D glasses block every other frame, a flickering effect will always be apparent (even on otherwise flicker-free TVs). It's a bit worse on some TVs, but it's impossible to avoid unless you pick a TV with a passive 3D system.

Passive glasses also do not have batteries. This isn't the biggest problem but it generally means that they are more comfortable on the head than the heavier active variants. 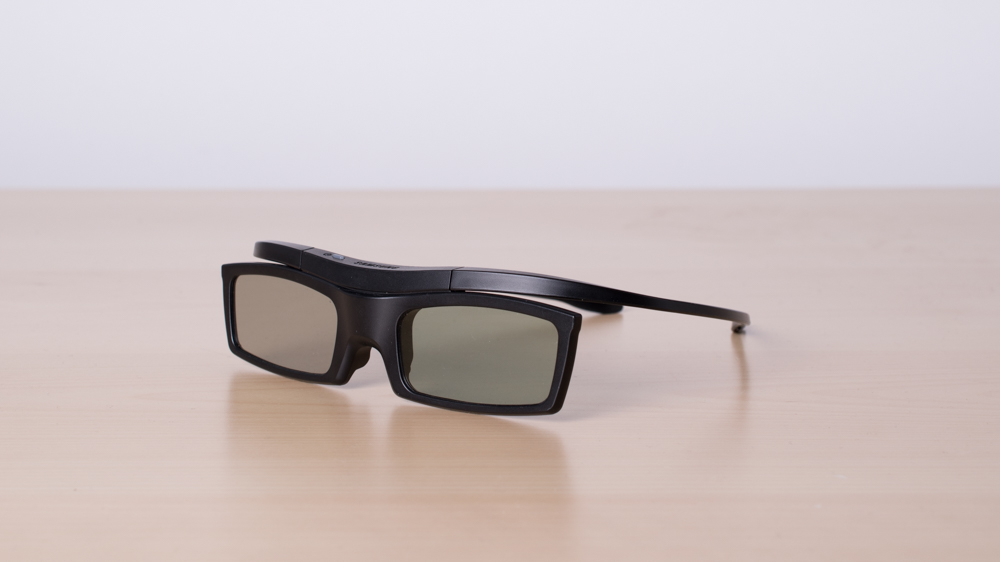 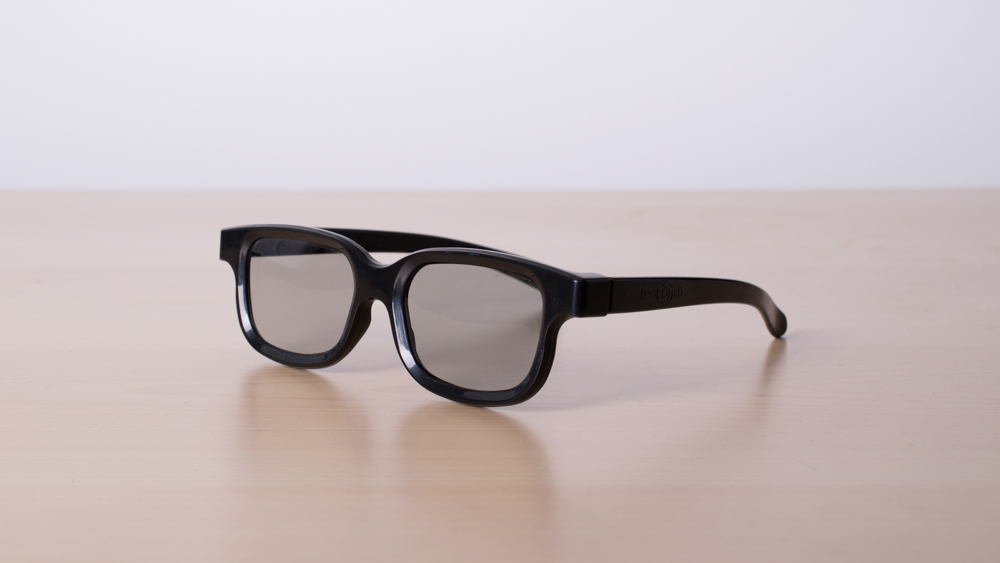 Unfortunately, technology is not yet to the point of providing a good 3D experience without using glasses. The two 3D technologies used in TVs use totally different types of glasses. Active shutter glasses, as the name suggests, feature shuttering lenses that block frames intermittently. When the frame meant for the left eye is shown on the screen, the glasses block the right eye and vice versa. This is done quickly enough that the eyes perceive the effect as a continuous feed to both eyes and gives the 3D effect.

Passive 3D glasses are much simpler devices. The TV itself has a 3D filter that polarizes even lines for the left eye and odd lines have an inverse polarization for the right eye. The glasses themselves have a fitting polarization on their left and right lens, so the left eye effectively only sees the even lines, and the right eye only sees the odd lines. Unlike active glasses, passive ones do not require to be synchronized with the content on the screen. Since nothing is being done other than different pieces of plastic or glass, they do not require batteries either, making them much easier to maintain and much lighter. Because of their complexity, active glasses are usually several times more expensive.

While movie theaters don't generally use a purely passive system, the glasses used are interchangeable with what is found with Passive 3D TVs. Since cinemas project the image on a screen instead of having the screen itself display it, it's impossible to have different polarizations for alternating lines without using two different projectors. This is rare, so theaters use a combination of the principles by showing alternating L/R frames one after the other, but with different polarization similar to Passive TVs. This allows them to keep costs low by using a single projector and a fleet of inexpensive passive glasses. This also means that a good Passive 3D TV will provide a better 3D effect than the average 3D theater.

3D TVs are essentially not made anymore, which means that you need to look for older models if you are a fan of the technology. To make it easier, we've compiled a list of 3D TVs from previous years that we've reviewed.

Even if passive 3D TVs technically have half the vertical resolution, it is a minimal difference perceptually. Passive 3D TVs offer a better 3D experience than active shutter TVs overall. They produce less crosstalk, have no inherent flickering, and their motion provides a better perception of depth. As a plus, their glasses are cheaper, lighter, and do not require to be synchronized to the TV. If the only factor stopping you from choosing between two TVs is the type of 3D technology used, you are better off picking a passive 3D TV.