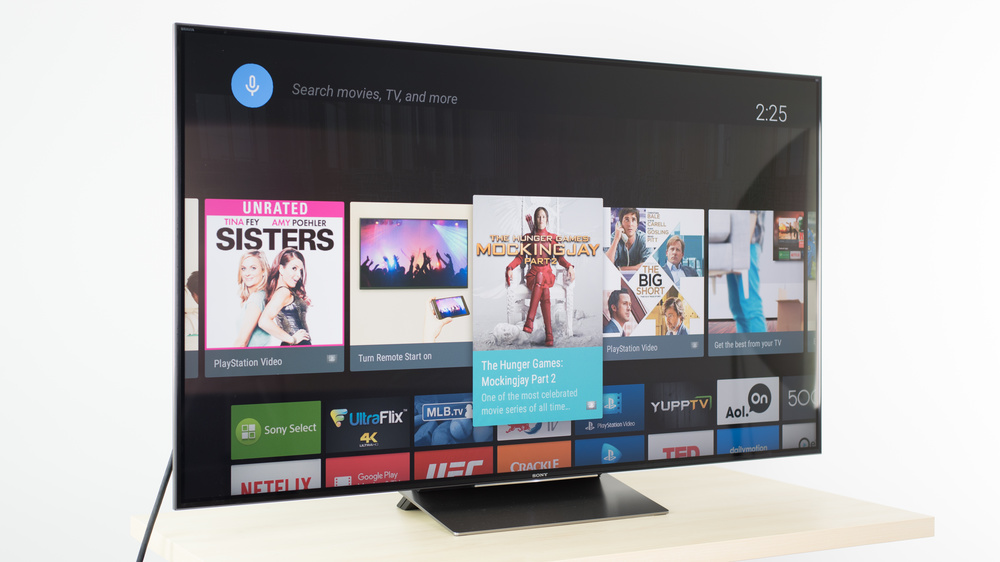 The Sony X930D is a great 4k UHD TV that offers good all-around picture quality, especially for movies. Its HDR mode is impressive, with very high peak brightness. It doesn't have any major flaws apart from the limited viewing angle and the high input lag.

The Sony X930D is an excellent TV that will please almost everyone, especially those looking for good HDR picture. It has a very good picture quality for movies and it can get very bright. It also handles motion very well. Gamers might be turned off by the rather high input lag, though, and the picture quality isn't great when viewed at an angle.

The Sony X930D has a decent look. Its frame and stand are made of plastic, but look metallic. Borders are relatively thin, and once it is in its stand, the TV feels sturdy. Its back and side inputs can be hidden behind removable plastic panels on the back of the TV. Cable routing is also possible behind those panels.

The stand is very sturdy and doesn't have a very big footprint for the size of the TV. It's plastic, but looks like metal.

A standard VESA wall mount can be used with the supplied VESA spacers. Most of the connections will still be usable when the TV is mounted flush on a wall. Plastic covers are provided to hide cables away.

Borders are made of plastic.

Contrast is good, although not as good as that of many other TVs. The Sony X930D's blacks are not the deepest, but most people shouldn't notice this. We did expect better results from a high-end TV like this one, though.

For an edge-lit TV, the local dimming is impressive, though still not quite as good as what you can get from a full-array backlight. The blooming is even more obvious if you turn on 'X-tended Dynamic Range'.

The SDR peak brightness is above average for the Sony X930D. While it can get very bright (with 'Auto local dimming' and 'X-tended Dynamic Range' set to 'High'), the brightness is not stable and vary over time, from very bright to about 400 cd/m², which is our sustained value in our test results.

The Sony X930D can get very bright. For really bright highlights, both 'Auto local dimming' and 'X-tended Dynamic Range' have to be set to 'High'. Unfortunately, the TV brightness is also very unstable, and varies a lot when there is only a small highlight on the screen (as in our 2% or 10% window tests). For those two tests, the TV slowly cycles between 465 cd/m² and its peak value of around 1054 cd/m². See the additional review notes for more details.
Update: Updated with sustained brightness.

There isn't much dirty screen effect. However, the edges and the corners are noticeably darker than the center of the screen. 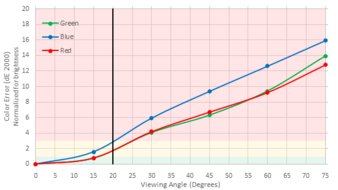 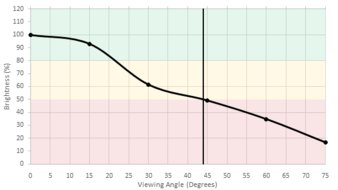 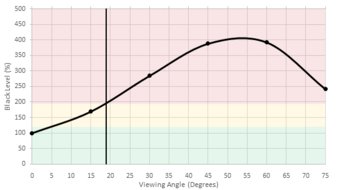 There are a few clouding spots, but nothing that ruins the experience.

Our gradient test is free of any obvious problems and shows smooth color transitions across the board. The Sony X930D displayed one of the best gradients we have seen so far on a 10-bit panel.

Good results for color out of the box. Blue was lacking a little, which resulted in a slightly warmer picture. This was subtle, though, and most would be very satisfied with the default settings.

After calibration, white balance results are great. Although there are no specific color settings for the Sony TVs, adjusting white balance did improve color accuracy. You can see our recommended settings here.

The X930D does an amazing job at upscaling lower resolution content like DVDs. The final image looks very good.

1080p content like Blu-rays look sharp and no detail are lost. Picture is crisp and fine details are well preserved.

The Sony X930D has a wide color gamut option, although its range of coverage isn't among the best we've seen. The wider color gamut makes a good visible difference for HDR content. 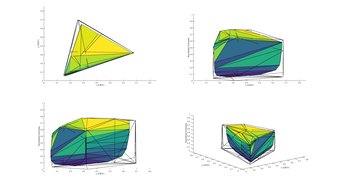 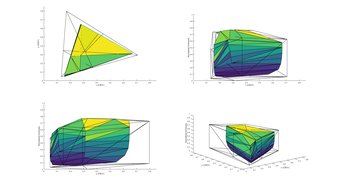 Reflections aren't a big nuisance on the Sony X930D's glossy screen. Some rainbows might appear around bright objects, though. For anyone that has a bright room, this TV will work well.

As with most 3D TVs, the screen got darker once 3D was engaged. You might want to increase 'Brightness' when watching 3D content. There was no apparent cross-talk, which is good. The active 3D technology also ensures full-resolution 3D, although it is not as comfortable to watch as is passive 3D. No 3D glasses were included in the box. 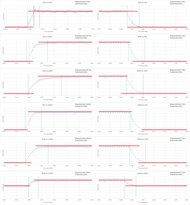 The response time of the pixels is pretty quick, which means motion blur is not a problem. This TV isn't flicker-free, unfortunately (all other Sony TVs we reviewed in the last few years were), and this is more noticeable at a lower backlight level. The frequency of the flickering is high, though, so it isn't as noticeable as PWM on Samsung TVs. 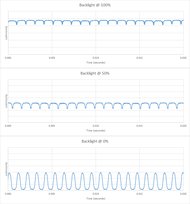 With 'Motionflow' set to 'True Cinema' and 'CineMotion' set to 'High', you won't need to worry about 24p judder from any source, whether it's cable TV, streaming, DVDs, or Blu-rays.

With the Sony X930D's Motionflow settings, you can make video smoother by increasing the frame rate up to 120 fps. This applies even to cable TV and streaming. Note that this adds what some people call the 'soap opera effect' (SOE). For those who don't like the look of SOE, low 'Motionflow' custom values can be used to smooth out motion with only minimal SOE.

Update 04/20/2017: Under the latest firmware update that brought Android 6.0.1 (PKG3.865.0136NAB), the input lag is now higher than what it was under the previous firmware. In fact, we measured almost the same numbers that we had measured 2 firmware ago.

Under a 4k resolution, it is better than what we had before (SDR was 75ms and HDR was 110ms), but it is still a bit too high even for casual games.

Poor overall performance. Low-end cutoff and maximum loudness are below average, even for a TV. There may also be some compression and pumping at higher volumes.

Poor overall performance. Although there is not a dramatic rise in harmonic distortion at max volume (unlike other Sony TVs we have tested), the general level of distortion at all levels is rather high.

Lots of apps available on the Android smart platform. A web browser is available, as are the typical popular apps, like YouTube, Netflix, Amazon Video, and HBO Go.

Sony's Android smart platform provides plenty of apps spread out across many different interfaces. Overall, it's a little confusing to navigate. If you look deep enough, though, you should find what you are looking for. As for inputs, there are plenty available, and all needs should be met. Something to note is that the TV come with a huge power brick that may be a problem to hide.

Some basic TV controls are located on the back-left of the TV and can be accessed even if the TV is mounted on a wall.

Sony uses a basic remote. Navigation of the different TV menus is straightforward, but could be made better. The inclusion of a pointer would be nice.

Update: We have received reports indicating a higher contrast ratio for the 65" (XBR-65X930D) at around 4000:1. It would also have worse 3D with more crosstalk. There are also reports of smearing present in dark scenes for the 65" model. If someone comes across a different type of panel used or differences between sizes, let us know and we will update our review.

The Sony X930D is hard to justify with that many TVs that offer near as good picture quality for a much less money. Its competition is fierce.