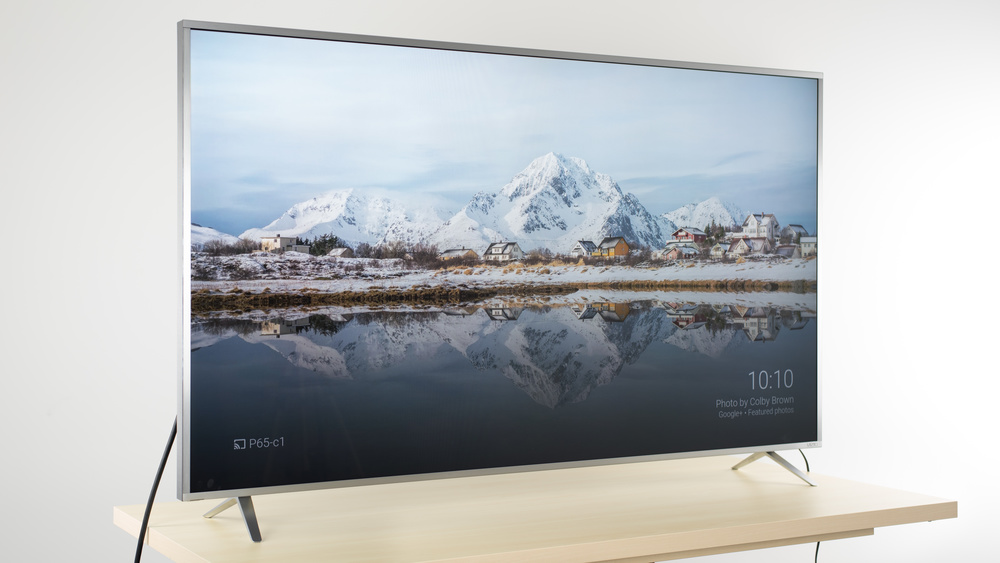 The Vizio P Series 2016 has one of the best picture quality we have seen. It really shines in a dark room. It isn't OLED and it won't please everyone - especially because of its poor upscaling of low-quality content - but those looking for a TV for watching 4k movies will be more than satisfied.

Great TV for a range of usages. Picture quality is excellent, and excels in a dark room. Great motion handling for sports or video games. Unfortunately the image deteriorates quickly when viewed from the side.

Above average for watching TV shows in a bright room. Picture quality is great when viewed from in front. Not the best TV at dealing with reflections on the screen, and doesn't get as bright as some others to combat glare. Upscaling of low quality content is average. No tuner.

Good for watching sports. Handles motion very well with a minimum of blur. Great picture quality. Uniformity is average which results in some dirty screen effect over playing fields.

Great for HDR gaming. Feels responsive due to fast response time. Input lag is fine for casual gamers but may be an issue for those more serious. Local dimming works well and helps to provide great picture quality.

The design of the Vizio P Series 2016 feels higher-end than the previous P Series. It is still bulky, though, and doesn't look as premium as the high-end models from other brands, like the Sony X930D or the Samsung KS9500.

In most cases, you shouldn't have a problem accessing the connections at the back of the TV when it is mounted to the wall.

The borders have a metallic finish.

The Vizio P Series is thicker than most TVs.

Excellent native contrast ratio. The blacks are very deep, even when local dimming is off.
The 55" size doesn't have great blacks, though, because it uses an IPS panel, and not the VA panel used by other sizes.

The local dimming feature on the Vizio P Series 2016, called 'Active LED Zones,' works really well, thanks to the full-array backlight. In our video, the white dot is a bit dimmed, which is unfortunate, but at least there isn't any major blooming. You will see more blooming at an angle than you will from directly in front of the TV. When watching movies, a downside of this feature is that stars in the sky won't be bright, but at least the blacks will be great.

The peak brightness in SDR is almost the same as in HDR, which is a good thing since most of the content available right now is still mostly in SDR.

This TV cannot get a small highlight as bright as other high end TVs like the Samsung KS9500 or the Sony X930D; but it can get very bright across the entire screen. Bright scenes should perform well compared to most other HDR TVs.

The gray uniformity is average. You can see a few vertical bands of colors across the screen, as well as darker corners. It is a bit worse at an angle. 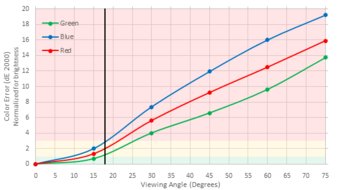 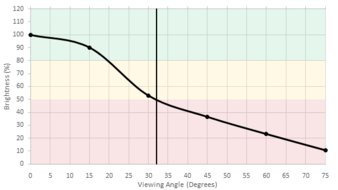 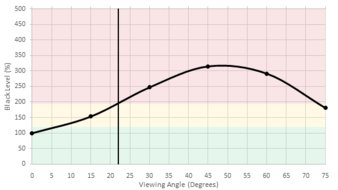 The colors shift when viewed from the side, as is expected from a VA panel. This isn't ideal if you watch TV from wide angles. The 55" model's (Vizio P55-C1) IPS panel will maintain better colors at an angle.

The uniformity of the blacks is almost perfect, especially when you use the local dimming feature. More issues can be seen at an angle, but the P-series is still better than the majority of LED TVs.

Gradients are relatively smooth. It is a 10 bit panel, but there are imperfections and banding along the gradients. Nothing major enough to ruin the experience, though.

The white balance is quite good by default under the 'Calibrated Dark' preset. Colors are too saturated, though, especially the blue and the red.

The 11 pt settings were easy to use and allowed us to fix the white balance. For the colors though, calibration was a bit of a mess. Fixing the oversaturated primaries resulted in an undersaturation of less-saturated colors.

Upscaled DVDs looks a bit soft and some small details on our test pattern, like the sail boat ropes looks choppy.

Not too much small details are lost in the upscaling compare to other Vizio TVs, but the image is still softer than other brand like Sony or Samsung.

It isn't as wide as the coverage of some competitors, but the colors do pop more than they do on a TV lacking the wide color gamut feature.
Update 08/05/2016: Retested with the newest firmware update, sending a HDR10 signal over HDMI. 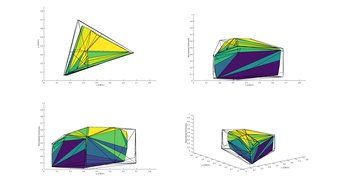 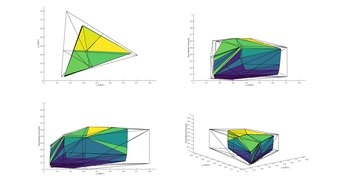 The reflections are average. The P-series' semi-gloss screen means the amount of ambient light reflected is greater than you see with other high-end TVs, but there are no major rainbows around direct reflections. 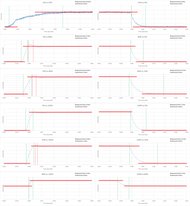 The average response time of the pixel transitions is really good. The only problem area is dark transitions, and particularly the 0% to 20%, which comes in at a pretty long 42.9ms. This TV uses PWM flickering to adjust the luminosity of the backlight. 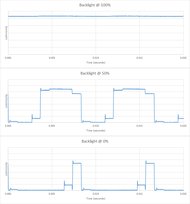 The Vizio P Series 2016 has the option of enabling 'Clear Action' to reduce the backlight frequency to 60Hz. This helps to clear up motion due to eye tracking blur.

It is able to play a 24p signal without judder. It can also detect and perform 3:2 reverse pulldown without issue, even with a 60p signal. This is great for watching movies sent by an HTPC.

Update 09/05/2017: With the latest firmware update (3.3.18.1) the 'PurCinema' option is not able to completely remove judder from 60Hz sources. This is likely a bug and we will update the review if a firmware update fixes this.

'Reduce Judder' is the setting that turns on motion interpolation for 30 fps (and lower) content. For 60 fps to be interpolated to 120, you will need to use the 'Reduce Motion Blur' slider.

Input lag is great. For best results, use HDMI5 with 'Game Low Latency' on for both 1080p and 4k resolutions. Note that HDR is only possible for HDMI 1-4, and so the input lag is higher. It is still playable for casual gamers. Shown below are the results for combinations of HDMI ports, HDR vs SDR, with different signal formats.

Update 01/23/2017: Retested with the newest firmware (3.0.12.2) and now the Vizio P Series 2016 can now display the chroma subsampling correctly when set in 'Computer' picture mode. The input lag has also been reduced.

Average frequency response. Low-end cutoff of 127 hz and maximum loudness of 89.2dB SPL are not great, even for a TV. There may also be a slight compression and pumping present at higher volumes.

Poor distortion results. The overall distortion is high, and it rises even more as the volume is increased. The peak in distortion at around 1.5KHz is quite noticeable. 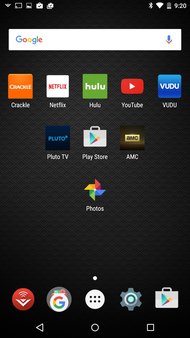 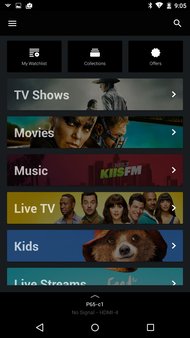 The Vizio P Series 2016 uses SmartCast, which is based on Google Cast. This is a completely different approach than the one taken by other smart TVs. Instead of the smart features being directly on the TV, the TV only acts as a screen to which you cast videos from your apps on your tablet, smartphone, or PC.

This is a great idea in theory. Having smart features on the TV is arguably redundant, given all the different devices many people already own. However, the current implementation isn't flawless. The tablet often either loses connection with the TV or lags behind. It is a bit frustrating to not have the TV respond when you are trying to change the volume or a setting. Even turning on the TV is sometimes an issue.

Hopefully Vizio will be able to improve on the implementation and make this smart platform a more seamless experience. For now, LG's WebOS is still tops for usability.

This is one of the only TVs that doesn't have a tuner included. This means you cannot plug in your cable or over-the-air antenna directly. You will need to buy a separate tuner like this one.

The controls directly on the TV are a bit hard to access if the unit is mounted to the wall.

It comes both with a tablet and a basic remote. You will pretty much have to use the tablet, though, because the remote is very basic and you cannot access a lot of features with it.

The Vizio P has a lot of bang for the buck so even when compared to high end models of other brands, it is a good buy because it is often way cheaper for a similar picture quality.