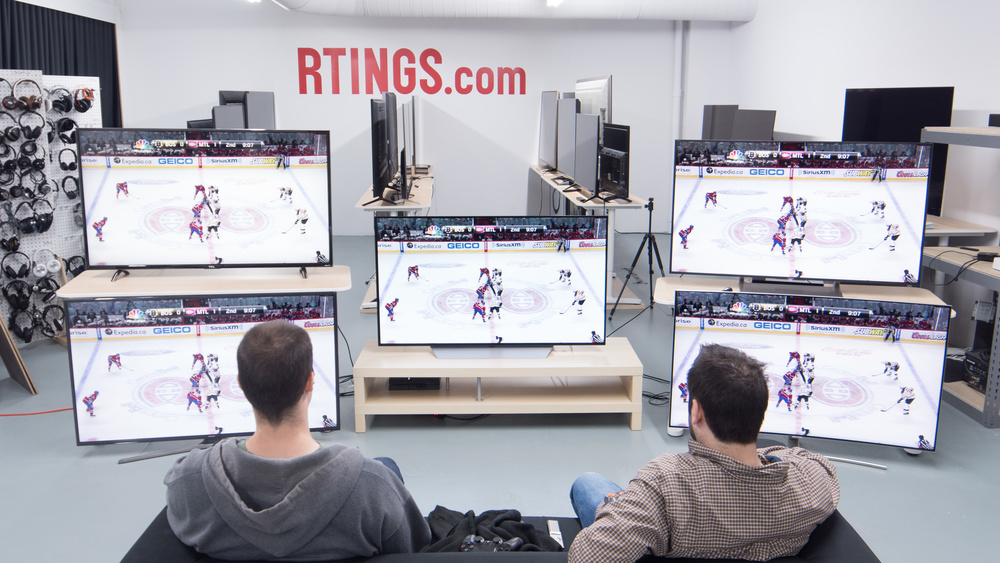 In recent years, manufacturers have focused their efforts on releasing models that will keep sports fans happy. When looking for a sports TV, one must look for brightness, uniformity (to avoid screen shade clouding, also known as dirty screen effect), fast motion handling, and wide viewing angles to accommodate your friends when watching the big game together.

Our recommendations above are what we think are currently the best TVs to watch sports for most people in each price range. We factor in the price (a cheaper TV wins over a pricier one if the difference isn't worth it), feedback from our visitors, and availability (no TVs that are difficult to find or almost out of stock everywhere).

If you would like to do the work of choosing yourself, here is the list of all our reviews of TVs. Be careful not to get too caught up in the details. While no TV is perfect, most TVs are great enough to please almost everyone, and the differences are often not noticeable unless you really look for them.