The 5 Best Samsung Monitors of 2023 Reviews 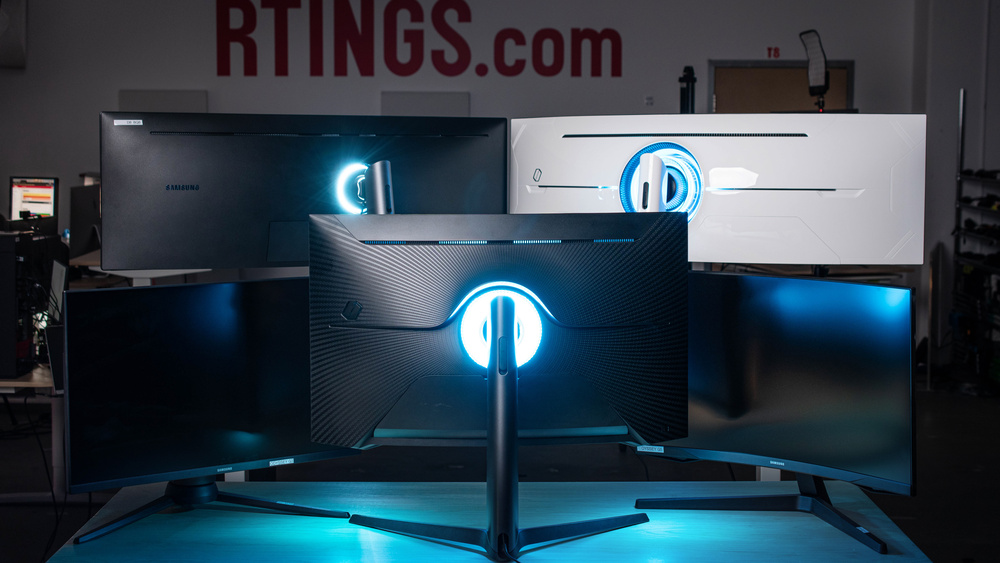 We've tested over 20 Samsung monitors. Samsung's monitor lineup is mainly known for their gaming models, so you're sure to find the best Samsung gaming monitor for your needs. While they offer both high-end and cheap, entry-level models, only their highest-end models provide good value against the competition as they usually have premium features like HDMI 2.1 bandwidth and Mini LED backlighting. Most of their monitors use VA panels, resulting in deep blacks but narrow viewing angles. Unfortunately, they're known for their numerous bugs that have been an increasingly common issue with some models.

Samsung is also extremely well-known for their TVs; find out more about the Samsung TV lineup here.

Dell and Samsung both release a wide range of monitors, from entry-level monitors to high-end gaming displays. Dell monitors tend to have better quality control and better ergonomics, and they have more office-oriented displays. Samsung monitors typically use VA panels, resulting in higher contrast, and they tend to have more gaming features.

LG releases more monitors each year than Samsung and caters to a wider range of users. LG monitors typically use IPS panels for their gaming monitors, and they have faster response times and better viewing angles, but Samsung has better dark room performance. On the other hand, Samsung offers more high-end features like Mini LED backlighting.

Entry-level Samsung monitors are typically outperformed by the competition, but their high-end gaming monitors are some of the best on the market. If you tend to game in dark rooms and you're a competitive gamer, you'll be safe getting a Samsung monitor. They aren't without their flaws, though, as they tend to have firmware issues that are distracting while gaming.

Samsung releases a few monitors each year, and they often remain in circulation for at least two years. Since 2020 they've been branding their gaming monitors by the Odyssey name with different G8, G7, G5, and G3 models. Their naming scheme can get a bit confusing, and new monitors don't always replace the previous monitor with the same name; for example, the Samsung Odyssey Neo G7 S32BG75 from 2022 replaces the Samsung Odyssey C32G75T from 2020 and not the Samsung Odyssey G7 S28AG70 from 2021.

Samsung's monitor lineup includes a variety of resolutions, display types, and screen sizes. They make small 24-inch displays to 49-inch super ultrawide monitors, and they've even released a 55-inch curved gaming monitor in 2022. They also make smart monitors that feature their proprietary Tizen OS platform, like the Samsung Smart Monitor M8 S32BM80, and these monitors are essentially TVs without a tuner.