OLED TVs have great picture quality, however, there are concerns about their long-term performance due to the possibility of permanent image retention, commonly referred to as burn-in.

Our previous 20 hours per day burn-in test is still running and the OLED TV already has permanent retention. That test is an extreme case, using patterns with a lot of static content.

Based on your feedback and comments, we have bought 6 LG OLED C7 which will play real, non-altered content. This should give you a better idea on what to expect depending on what you watch on your TV.

Note: We will no longer be taking measurements every 2 weeks. We'll continue to monitor the TVs regularly, and we'll update this page, and our measurements, if anything changes.

Update 05/31/2019: The TVs have now been running for over 9000 hours (around 5 years at 5 hours every day). Uniformity issues have developed on the TVs displaying Football and FIFA 18, and are starting to develop on the TV displaying Live NBC. Our stance remains the same, we don't expect most people who watch varied content without static areas to experience burn-in issues with an OLED TV.

Original statement from 11/05/2018: After more than 5000 hours, there has been no appreciable change to the brightness or color gamut of these TVs. Long periods of static content have resulted in some permanent burn-in (see the CNN TVs), however the other TVs with more varied content don't yet have noticeable uniformity issues on normal content. As a result, we don't expect most people who watch varied content without static areas to experience burn-in issues with an OLED TV. Those who display the same static content over long periods of time should consider the risk of burn-in though (such as those who watch lots of news, use the TV as a PC monitor, or play the same game with a bright static HUD). Those who are concerned about the risk of burn-in should go with an LCD TV for the peace of mind.

Note that we expect burn-in to depend on a few factors:

To see how the results at this 5000 hour point compares to your usage, divide 5000 by the number of hours you watch each type of content per day to find the number of days. For example, someone who plays call of duty or another video game without bright static areas for 2 hours per day may expect similar results after about 2500 days of usage. This corresponds to about 7 years.

We will continue to run this test and collect data, and our stance may change as we obtain more information.

The goal of the test is to provide an idea of the usage time of a 2017 OLED TV before burn-in becomes apparent, which will depend on your usage. To do so, we will replicate five different real-world conditions in an accelerated aging test. We will also independently test two different brightness ('OLED Light') settings with the same content to see the impact of this. 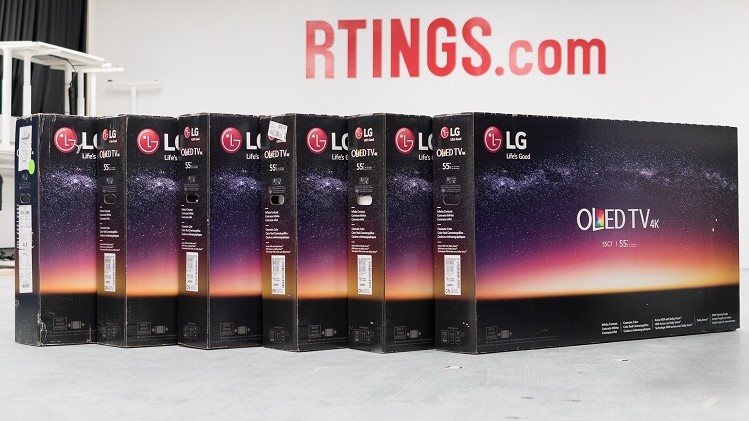 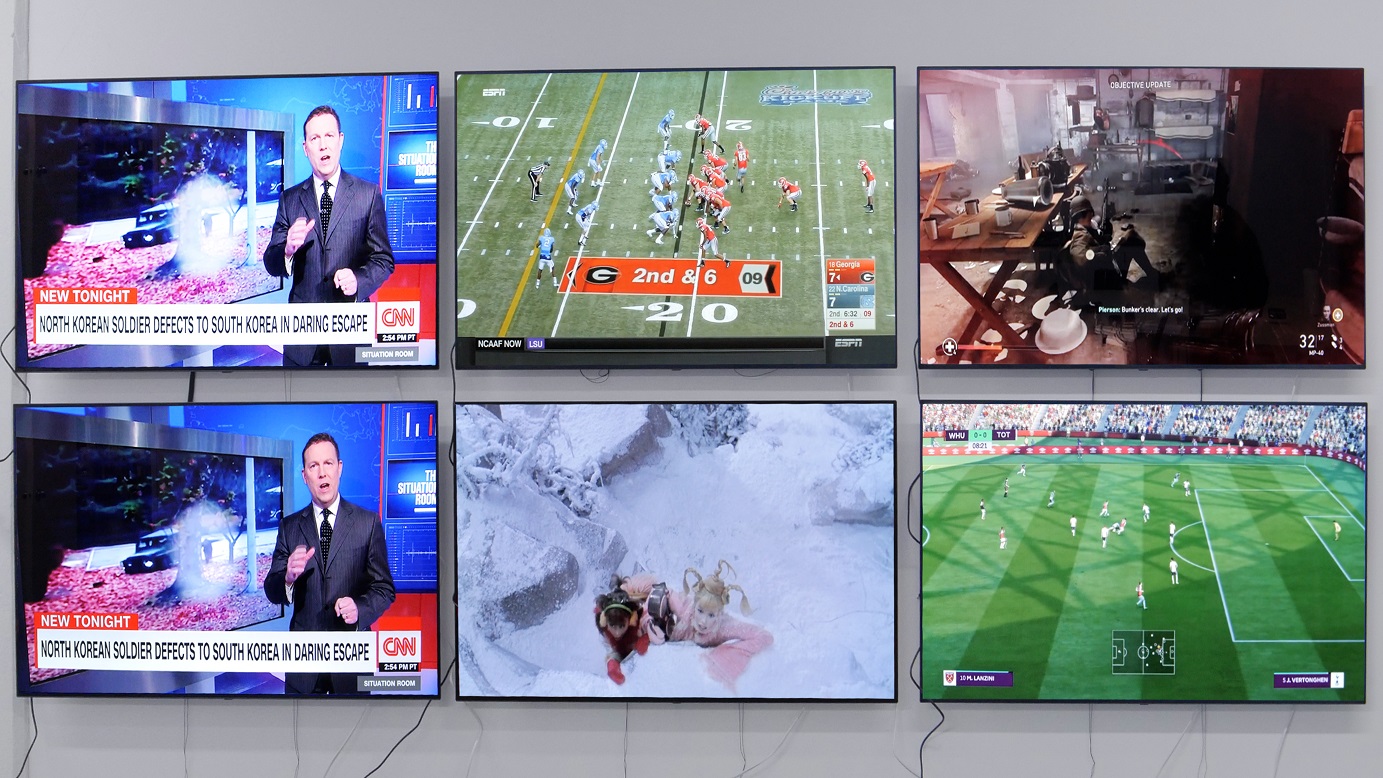 The TVs will all be controlled by a microcontroller to repeat a five hour on and one hour off cycle four times per day.

The 'Screen Shift' option will be enabled on all TVs, and 'Pixel Refresher' will be performed before each set of measurements taken on each TV.

They will all be playing real content (not test patterns), from live cable TV sources, video game clips or recorded sports. The brightness of all TVs (except the one identified below) will be set to 200 nits on a checkerboard pattern, with the content described below.

The settings remain at their default values in the 'isf Dark Room' picture mode, with only the 'OLED Light' adjusted. The specific value depends between units, but is typical between 59 and 63 to reach our target of 200 nits. The maximum brightness TV has 'OLED Light' at 100.

CNN is played live on the TV through a cable feed - as a result this includes all regular broadcast content including commercials. CNN is a widely watched network news channel, and we have also received concerns regarding this channel specifically. This test is considered a control, with the 'OLED Light' set to a brightness of 200 nits.

As above, live CNN is played on the TV through a cable feed. However, for this TV, the 'OLED Light' is set to maximum, which corresponds to a brightness of 380 nits on our checkerboard pattern. This is to show the relationship between burn-in rate and 'OLED Light' with the exact same content and over the same time period.

Many pre-recorded football games are displayed on this TV to represent the usage of someone who is interested in a particular sport and will watch it regardless of the channel. It includes content from a variety of channels and with different teams, so overlays are located in different areas and team colors change. It includes many games to avoid too much repeating.

This test is informative for people who watch a lot of general TV, since NBC shows a variety of movies, TV shows, sports, and news. The source is a live cable feed and should be representative for a range of general TV content.

The goal of the content on this TV is to investigate the effect of a 'high risk' video game - one which has some bright, static areas which remain very consistent. We have received the most concerns about FIFA 18, and so many hours of gameplay footage are used to show typical usage, including many different teams and a mix of menus and gameplay without much repeating.

The gameplay footage on this TV is to represent a relatively 'low risk' video game. It only has small areas which are static and an overall dim image without too many bright colors. We haven't received any reports of burn-in for this game yet, so consider it a baseline for a low risk game. 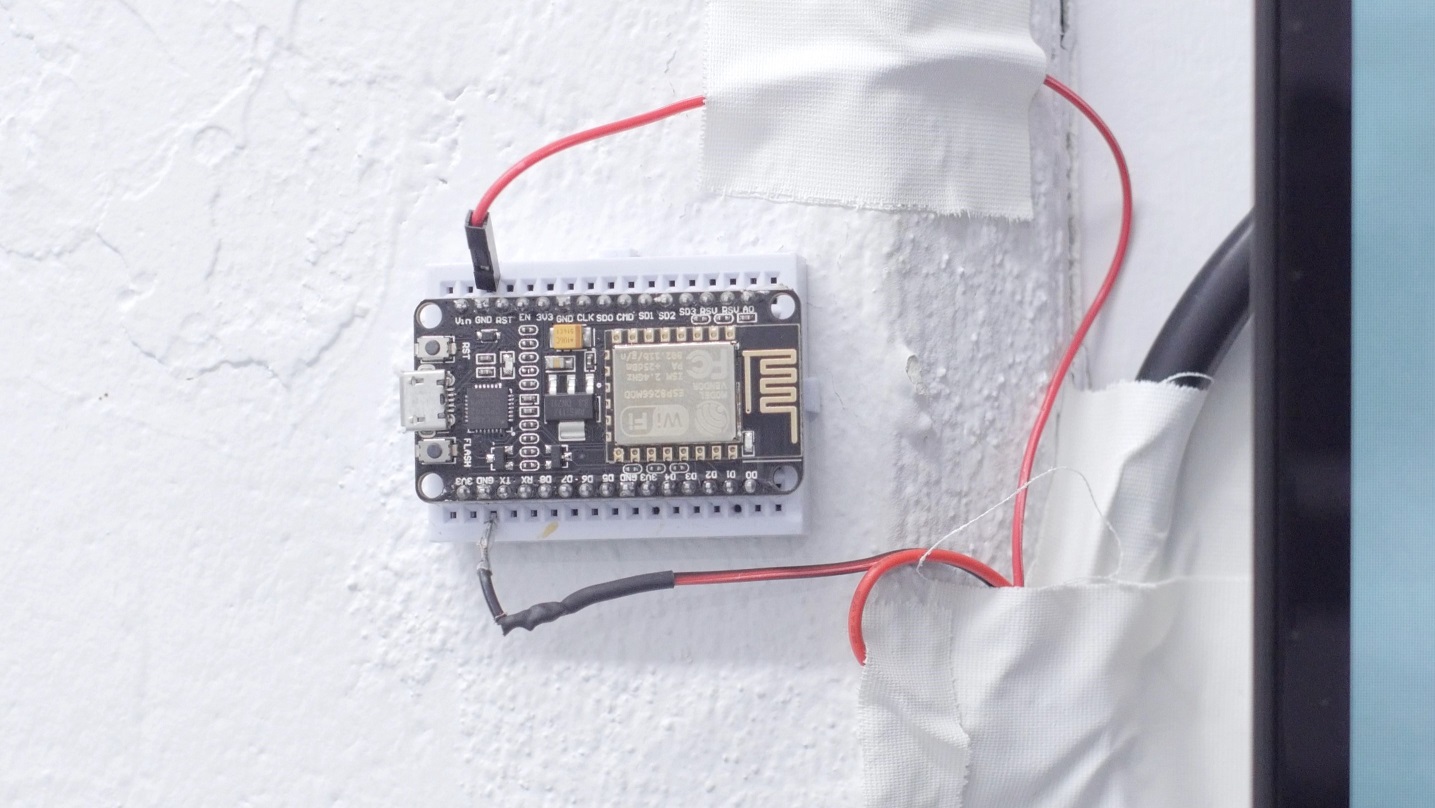 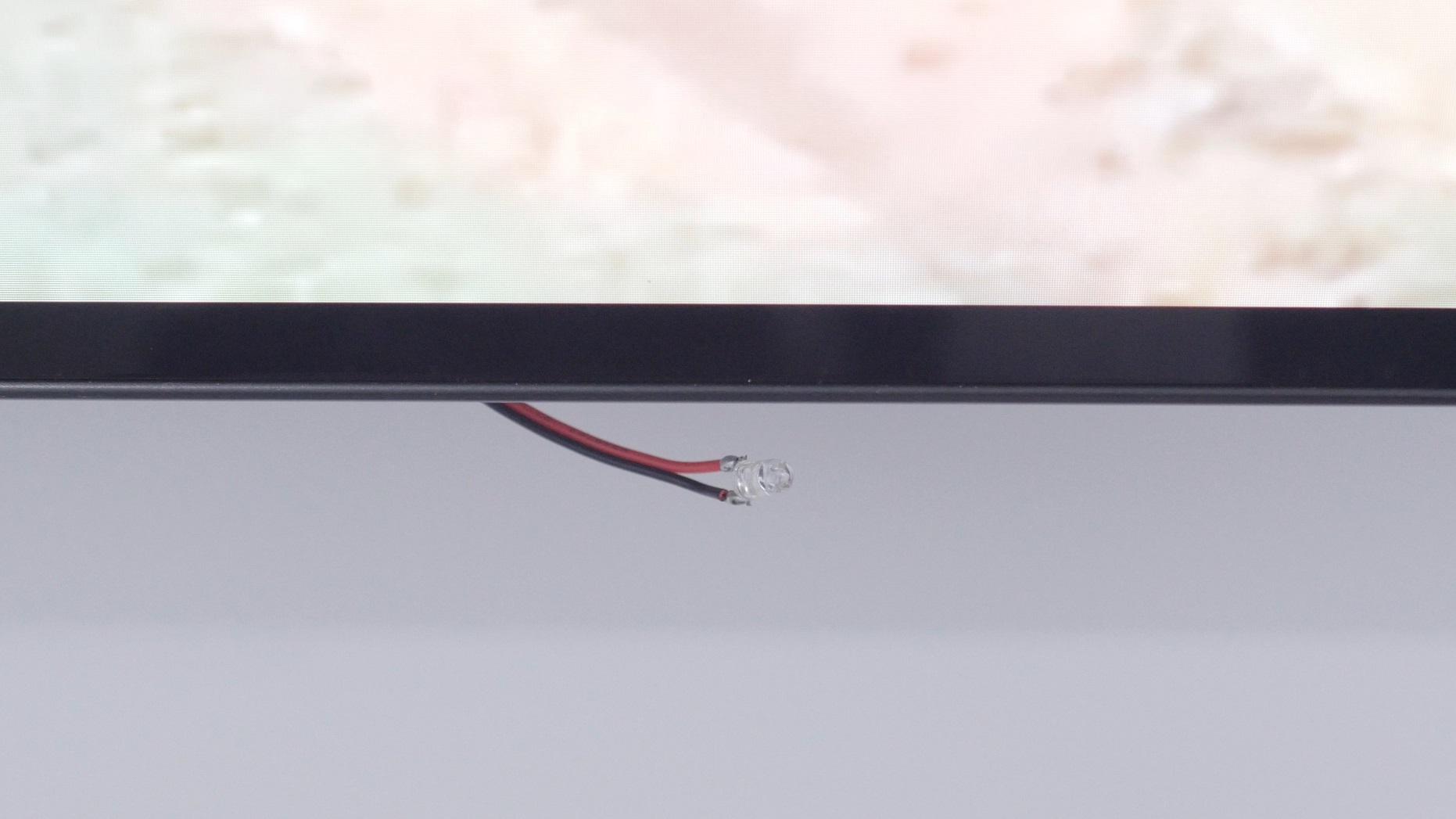 A NodeMCU microcontroller is used to control each TV at all times. It has 6 IR LEDs, which are connected to the IR receiver of each TV, to power them all on and off at specific intervals. The status and toggle times are logged via WiFi to a server, to verify accurate timing.

There are a few different 'pixel refresher' functions which run on LG OLED TVs. An 'automatic' pixel refresh runs when the TV is turned off after four hours of cumulative usage. This requires the power to be connected, and LG has told us that this takes between 7 and 10 minutes to complete. As a result, this pixel refresh is automatically run at each power cycle of our test (4 times per day).

There is also a 'manual' pixel refresher function which is toggled through the settings menu. This may take an hour to complete, and we manually run this before taking each set of photos (as described above).

The automatic backlight limiter reduces the brightness of the screen to prevent it from drawing too much power. This occurs when there are large bright areas and is why our 100% window measurement of OLED TVs is significantly lower than smaller window sizes (see here). This doesn't mean that increasing the 'OLED Light' will result in a dimmer image. The overall image is still brighter with a higher 'OLED Light' setting. The goal of this test is to provide an idea of an OLED TV's lifespan before burn-in becomes visible when watching real world content. This article will be updated every two weeks with the latest results from our real-world test, and how it should impact your buying decisions depending on your own specific usage.