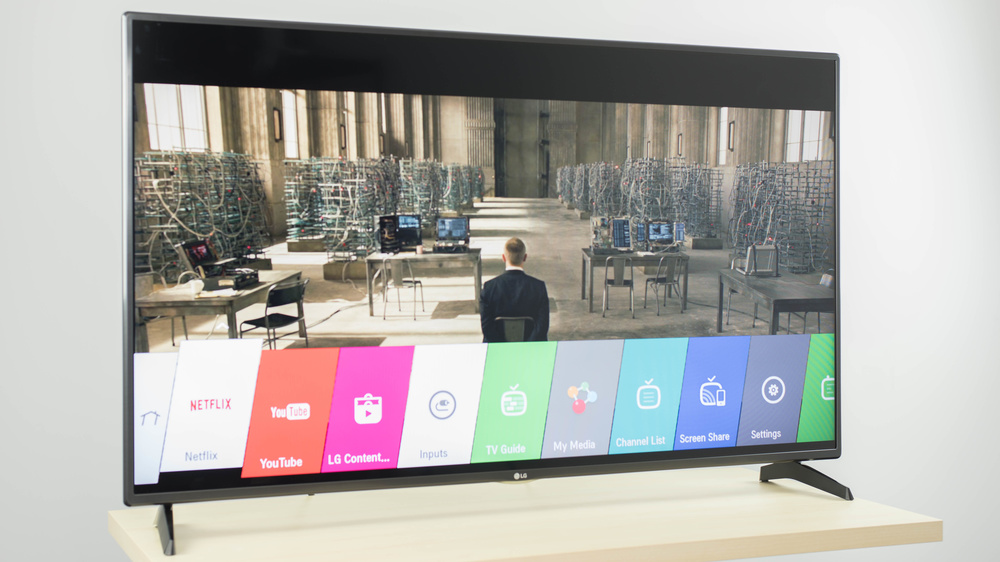 The LG 55LH5750 LED TV offers an average picture quality for movies and TV shows, however sports fans won't be impressed by the average motion performance and bad screen uniformity. The easy to use smart interface is a strength which will appeal to a broad audience.

The LG LH5750 would probably be fine for most people that are shopping for a budget TV. It is not ideal for any usage, but instead provides consistent all-round performance which is average or below. Only supporting 2 HDMI ports will be an issue for many people, and the bad uniformity will disappoint sports fans.

We tested the 55" (55LH5750), the only size available at the moment. There is also a variant called 55LH575A that we expect to have the same picture quality.

If someone comes across a different type of panel or if their LG 55LH5750 doesn't correspond to our review, let us know and we will update the review.

The LH5750 is very cheap for an LG TV, however this shows in the lack of features and average performance. In a market segment dominated by TCL and Vizio, these budget brands provide better performance for the same price as the LH5750.

The 55LH5750 looks similar to other competing TVs, such as the TCL FS3750. The all plastic body and stand make it look low-end, but it is quite thin which is good.

The stand is as wide as the TV itself, so requires a large table. It is made of plastic and similar to other low-end LG TVs such as the LF5800.

The back is quite bulky. Rear inputs may be inaccessible or hard to reach when wall mounted.

Borders are average thickness and made of plastic.

Compared to other cheap TVs, the LH5750 is quite thin. This is would be an advantage for wall mounting if the inputs were more accessible.

The VA panel used in this TV offers a great native contrast ratio. The blacks are really deep and will result in a really good picture quality, especially in a dark room. The 55LH5750 it one of the few LG TVs that use a VA panel.

There is no local dimming option for this specific model. The video is shown only for reference.

At 297 cd/m², the brightness of this TV makes it an average performer. Since there is no local dimming option on this set, brightness remains same across all the different % size windows. One advantage is that whatever image is shown on screen, the brightness will remain the same.

This TV does not support HDR.

The gray uniformity of the LG LH5750 is very bad. You can almost see the position of each LED of the backlight. Dirty screen effect will definitely be present when watching sport or any other content where large areas of uniform color are present on screen.

The 55LH5750 TV offers an average off axis viewing performance with a loss of color saturation typical of VA panels. Some TVs using VA panel have marginally better performance (like the TCL US5800), but even then, it is far from what you will get with an IPS or an OLED TV.

Update: We have changed the methodology of testing. Since this is an old TV which we don't have anymore, we extrapolated the results.

The black uniformity is pretty good on this TV. On our unit, there isn't really any issues like clouding or flash lighting.

The 8 bit gradations can be seen, but does not suffer from any obvious banding problem in any specific color.

Out of the box, the pre-calibration of the LG LH5750 was decent. There was very little issues with the white balance dE as well as the color dE.

The calibration of the LG LH5750 was done with ease. Since LG has a 21 point system rather than other TVs 10 points, issues could be resolved precisely.

The LG LH5750 can upscale cable channels without losing any detail of the original content.

Changing the 'Color Gamut' to extended allows for a wider gamut. Unfortunately this will still only be enough for Rec. 709 content. 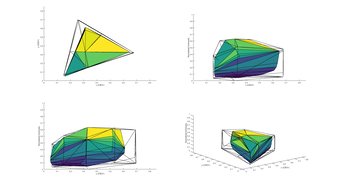 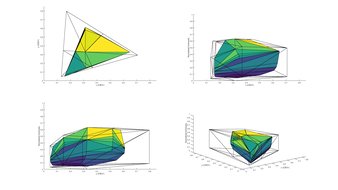 The LG LH5750 does not have any image retention at all. Like many others VA TVs tested before, image displayed for a long period do not get imprinted on screen. This is good for people who play video games for long period on their main TV or want to use it as a PC monitor.

Reflections are large and diffused on the semi-gloss screen. This helps to reduce the intensity of small lights. 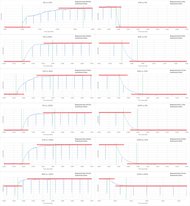 The response time of this TV is quite average, there are many transition that take longer than most average TVs. As a result there is a long trail that can be seen following the Rtings logo. This will be most noticeable during fast game plays. 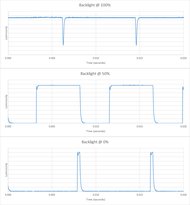 The LG is judder-free only when playing 24p content from a 24Hz source. Judder is present on 24p content over a 60Hz signal.

There is no motion interpolation on this TV.

The input lag varies a little bit between each handshakes but in the end, we were still able to get a good value and it was the same across all the different image settings. Changing the setting to game mode did not improve the input lag.

Decent low-end cutoff for a TV, however, the overall response is about average. Also, there are pumping and compression artifact under heavy load, even though this TV doesn't get very loud.

Just like the LG E6, this TV also doesn't lack applications. It has the most demanded applications such as Youtube, Netflix, and Amazon Video. There is a whole list that you can chose from in the 'LG Content Store'.

Just like the LG E6 we have reviewed, the LG 55LH5750 also comes loaded with the newly released WebOS 3.0. This means that you can expect a very smooth and responsive smart interface, that doesn't lack applications whatsoever. You can also expect frequent updates and bug fixes. That is all great, but there are still a few flaws, one being the remote and the other being the lack of inputs on this TV. The remote is very basic and quite uncomfortable. The buttons on the remote require some power to press and the IR sensor lacks. In terms of the inputs, the TV only has two HDMI ports,  one only being accessible if you were to wall mount it. You can fix this issue by getting a HDMI switch.

A single button for control is located under the LG logo in the center of the TV.

The remote of the LG LH5750 is pretty basic, offering some operations that makes navigating through the smart interface somewhat easier. The remote is made of plastic, and has finicky buttons that just feel unconformable. Also, the IR sensor on the remote itself lacks, pointing right at the TVs sensor is a must. This remote doesn't come with LGs magic remote functionality.