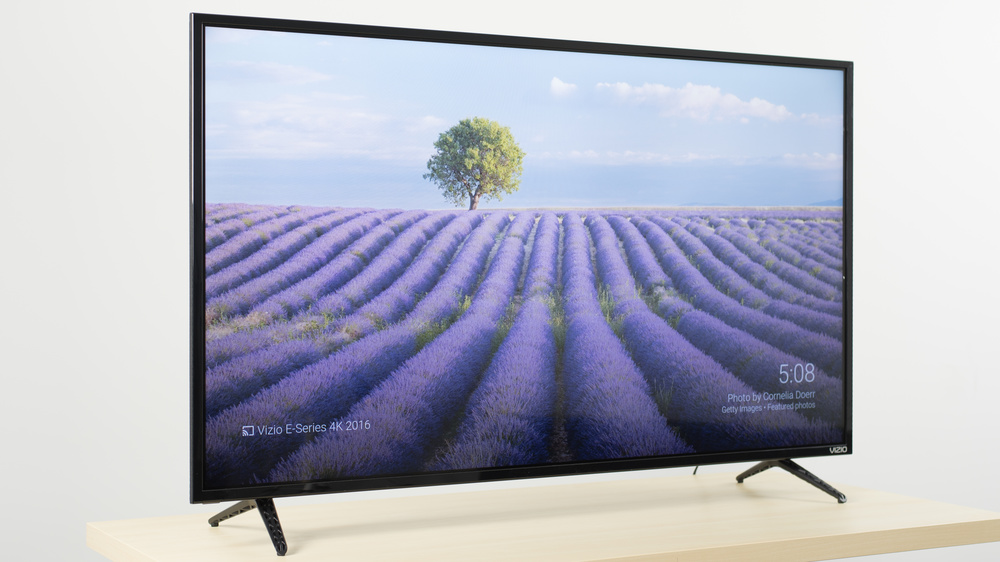 The Vizio E Series 4k 2016 that we reviewed has a average picture quality for a 4k UHD TV. It has a lot of blur on fast action movements and its picture quality deteriorates quickly as soon as it is viewed slightly from the side. Only movies revealed to be a decent experience on it.

Average TV for mixed usage. Picture quality is OK, but lots of problems with fast movement. Gray uniformity is average. Only movies appear quite good.

Fairly good for watching movies in a dark room. Picture quality is average but has quite deep blacks. Colors can be calibrated to be quite accurate. Plays blu-rays smoothly.

Average performance in a bright living room. Okay at dealing with reflections but can't get bright to compete with glare. Picture quality diminishes rapidly when viewed from the side. Lacks tuner.

Average sports performance. Although playing fields appear uniform, any motion has a long visible trail. When viewed from the side, picture quality deteriorates quickly.

Average for gamers. Although the input lag is good, any fast moving scenes have lots of blur. Upscaling of old consoles is average.

Not good for a PC monitor. Although the input lag is good, it doesn't support chroma for clear text. Lots of motion blur results in a trail following movement.

The Vizio E Series 4K TV that we bought is the 48" with SKU E48U-D0. Different sizes have different panel provenances, so it is possible our review doesn't represent exactly all sizes. If someone's Vizio E Series 4k doesn't correspond to our review, let us know and we will update the review.

Note: This review does not apply to the 1080p variant of the Vizio E, which we will review separately.

The Vizio E 4k 2016 that we reviewed is hard to recommend because of the amount of motion blur it has. Other similarly priced TVs performs better and make more sense when it comes to a buying decision.

Although better than last year design, the Vizio E Series 4k 2016 still doesn't rival higher end TVs. It is still a thick TV but gone is the blocky design. The back of the TV has smoother curves now. The stand is separated into two feet.

The stand is sturdy and has a curious design because of all the holes in the feet.

The back appears smoother than on last year model and this year's Vizio D. All connections can be accessed when the TV is wall mounted which is good.

The side of the borders have a textured finish and the thickness is average.

Still a fairly thick TV when viewed from the side although it looks smoother than last year blocky design. It will stick out if wall mounted.

The contrast ratio provides good performance in dark scenes, however the blacks appear slightly gray in a completely dark room.

The TV has a full-array backlight, but doesn't have good local dimming performance. The entire screen dims, including bright objects, and highlights flicker. Depending on the TV in the series, there are either 10 or 12 local dimming zones.

The Vizio E Series 2016 has a bad SDR peak brightness. This TV can get very bright, and the local dimming dims too much the small highlights. This makes this TV not the best option if you have a bright room since it won't get bright enough to fight glare.

The uniformity of the TV is average, with the sides appearing darker and some lighter bands visible. The dirty screen effect is average, and will be visible when panning across a field.

As soon as viewers are slightly off axis, the picture deteriorates. It has one of the worst viewing angles that we measured. Part of this is due to the horizontal pixel sub-structure. See the 'Pixels' section for more details.

There is good black uniformity, with only some clouding visible. Due to the narrow viewing angle, the sides appear slightly brighter in dark scenes.

The gradient appears very consistent with only slight tints. 8 bit gradations and dithering are visible.

Out of the box, the pre-calibration on this TV was average. There is a great deal of issues for the white balance dE as well as the color dE.

The only possible way to fix the issues that were apparent in the pre-calibration was with the use of a handheld device. By downloading the 'Vizio SmartCast' application we were able to adjust most of the settings on the television, but it was a tedious process.

Like other Vizio TVs, DVDs content upscaling is below average. Some small detail like the sail boat ropes look choppy and the general image looks soft.

Cable content will also look soft after being upscaled. Small details like the small ripples on the sail protective covering are lost.

Blu-rays upscaling is done without any problems and the image quality is very good.

The Vizio E-Series 2016 doesn't have a wide range of colors and as such it will only be enough for Rec. 709 content. 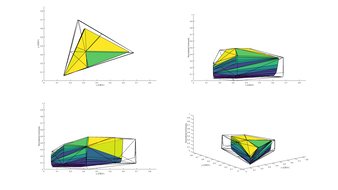 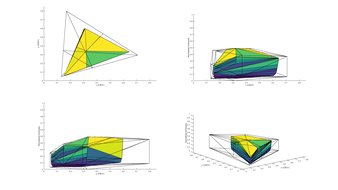 Although the larger variants of the E Series 4k 2016 has been updated to support HDR, it can't produce the saturated colors necessary for an improved image.

Reflections can appear large and diffused but can be seen through as long as they aren't too bright.

The pixel sub-structure is horizontal much like the Sony W650D, R510C and the TCL FS3800 that we reviewed. This kind of pixel alignment results in narrower horizontal viewing angle but slightly better vertical viewing angle, like for a bedroom where the TV is usually a little above the viewers eye level. 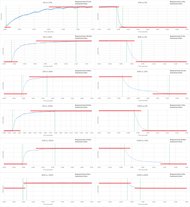 This TV is horrible when it comes to dealing with motion blur, there is a long trail behind the logo that can be seen fairly well. The response time is quite high as well with most of the transition taking a fair amount of time. The backlight of the TV isn't flicker free, which may annoy some. 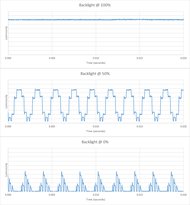 The Vizio E Series 4k 2016 has the 'Clear Action' option which reduces the backlight frequency and helps to clear up motion a bit.

24p content over a 24Hz signal is displayed with no judder, however judder is experienced when playing 24p movies over a 60Hz signal. Game mode reduces some of the judder, but it is still present.

Unlike the cheaper D Series 4k 2016, this TV doesn't have any motion interpolation setting.

Good frequency response, which is relatively flat for the most part. However, the low-end cutoff of 143Hz means that this TV lacks a lot of bass. Also, with maximum loudness of 88.3dB, this TV doesn't get very loud either. And when it does, some pumping and compression may be present.

This TV uses SmartCast, and as such there is no application on the actual TV itself. However, if you have a handheld device you will have many applications to choose from that supports casting. There are already many major application such as Youtube, Netflix and Spotify that supports it. Amazon Prime isn't supported at the moment.

Just like the Vizio P Series, the Vizio E Series 4k 2016 also uses SmartCast as an operating system which is similar as that of the ChromeCast operating system. The television waits for a feed, whether it be a video or a photo, to be sent from a handheld device using an application that supports casting. Unlike the Vizio P Series this TV doesn't not with an included tablet, therefore you would have to use your own handheld device to take advantage of the casting services.

It lacks a built-in tuner, which means you cannot connect an antenna or cable directly to the TV. You will need to buy a separate tuner like this one.

The TV controls are located on the right side behind the television.