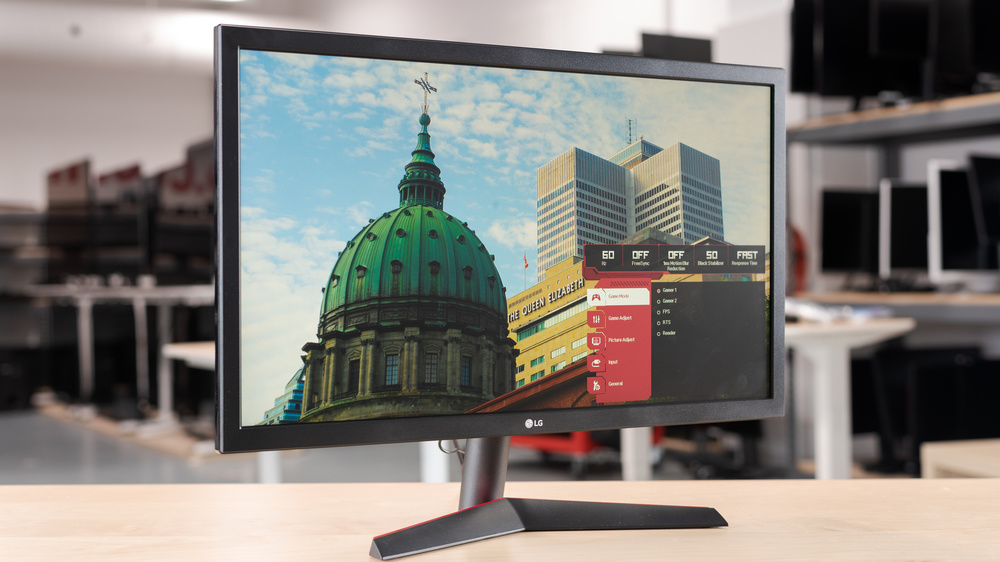 The LG UltraGear 24GL600F-B is an okay 24", 1080p monitor with a TN panel. It's a good budget gaming monitor, with excellent motion handling, low input lag, and FreeSync variable refresh rate support. This monitor has good peak brightness and great reflection handling. Unfortunately, like most TN monitors, it has poor viewing angles, low contrast, and bad black uniformity, which results in mediocre overall picture quality. The 24GL600F-B has limited ergonomics as well, so it might be difficult to place it in an ideal viewing position.

Overall, the LG 24GL600F is an okay monitor for most uses. It has some great gaming features, including a fast refresh rate and low input lag, but it isn't as well-suited for office use or multimedia. The stand has terrible ergonomics, and like most TN monitors, it doesn't look as good in a dark room, and the image degrades at an angle.

The LG 24GL600F is an okay monitor for office use. The small, relatively low-resolution screen isn't great for multitasking, and the stand has terrible ergonomics, so it might be difficult to place it in an ideal viewing position. It has great reflection handling and good peak brightness, though, so glare shouldn't be a significant issue for most people.

The LG 24GL600F is a good monitor for gaming. It has an excellent response time and low input lag. It supports FreeSync variable refresh rate (VRR) technology, even when connected to a recent NVIDIA graphics card over DisplayPort, and it has a wide VRR range. Unfortunately, the stand has terrible ergonomics, and the relatively small, low-resolution screen isn't great for gaming.

The LG 24GL600F is acceptable for multimedia. It has low input lag, great reflection handling, and decent gray uniformity, but unfortunately, the image degrades at an angle. The relatively low resolution, small screen isn't great for watching videos, and like most TN monitors, it doesn't look as good in a dark room.

The LG 24GL600F is a mediocre monitor for media creation. The low-resolution screen means you'll spend more time scrolling or zooming your work, and the image degrades at an angle, so it isn't great for sharing your screen with colleagues or clients. It has excellent low input lag, though, delivering a very responsive desktop experience, and it has an excellent response time.

We tested the 24" 24GL600F, which is the only size available. There are other models in LG's UltraGear lineup, some of which are listed in the table below.

If someone comes across a different type of panel or if their 24GL600F doesn't correspond to our review, let us know and we will update the review. Note that some tests such as the gray uniformity may vary between individual units.

Compared To Other Monitors

The LG 24MP59G-P and the LG 24GL600F use different panel technologies, each with their strengths and weaknesses. The 24MP59G-P is better for most uses, with wider viewing angles and better uniformity. The 24GL600F is a bit better for gaming though, with a much faster response time and faster refresh rate.

The ASUS VG248QE is better than the LG 24GL600F for most uses. The ASUS has much better ergonomics and slightly better black uniformity. Some people may prefer the LG for gaming, as it supports FreeSync variable refresh rate technology and has a flicker-free backlight.

The Acer Nitro XF243Y performs better than the LG 24GL600F for most uses. The Acer has a lower input lag and a slightly higher refresh rate of 165Hz to provide smoother and more responsive gameplay. It has significantly better ergonomics and wider viewing angles, making it a better choice for co-op gaming. If you're often in a well-lit room, the Acer gets a bit brighter than the LG, but the LG has better reflection handling.

The Acer Nitro RG241Y Pbiipx is much better than the LG 24GL600F for most uses. The Acer has a slightly higher refresh rate, better gradient handling, and its IPS panel has wider viewing angles. However, the LG's TN panel has a better response time and higher peak brightness.

The ViewSonic XG2402 is much better than the LG 24GL600F. The ViewSonic has much better ergonomics, better black uniformity, and slightly lower input lag. The LG has an optional black frame insertion feature, which the XG2402 lacks, but this doesn't add much.

The Dell S2419HGF is better than the LG 24GL600F. The Dell has a more versatile stand that allows many adjustments so you can place it in a comfortable position with ease and can also serve as a USB hub. Both monitors have an excellent 144Hz refresh rate, although the Dell has to be overclocked to get there. Both monitors are flicker-free, but the LG has an optional black frame insertion feature to make motion crisper.

The LG 24GL600F is a bit better than the Acer GN246HL Bbid for most uses, and is a lot better for gaming. The 24GL600F supports FreeSync variable refresh rate technology, for a nearly tear-free gaming experience. The LG also has a flicker-free backlight, so there are no duplications in motion, and it has an optional black frame insertion feature. Finally, the LG has a higher refresh rate and slightly lower input lag.

The Dell S2719DGF is better than the LG 24GL600F. The Dell has a larger, higher-resolution screen, and significantly better ergonomics. The LG has an optional black frame insertion feature, but overall, motion handling is very similar between the two.

The HP OMEN X 25f is much better than the LG 24GL600F. The HP has a higher refresh rate, better ergonomics, and better black uniformity. The OMEN X also has lower input lag and a faster response time. 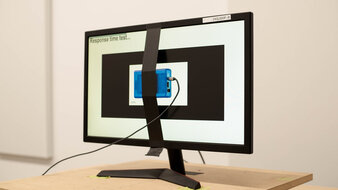 The LG UltraGear 24GL600F-B has decent overall build quality. It's almost entirely made of plastic, and some parts feel a bit cheap, but there are no obvious issues or weak points.

Unlike the other LG UltraGear monitors we've tested, the 24GL600F has very limited ergonomics. It has a disappointing tilt range, no height adjustment, and no swivel function, so it might be difficult to place in an ideal viewing position. The back is plain, with the same ring design featured on other UltraGear monitors. Unlike the 24MP59G-P, this monitor can be VESA mounted, which is great, as it has bad ergonomics.

The stand is very similar to the LG 24MP59G-P, but is slightly smaller. The overall footprint is small. 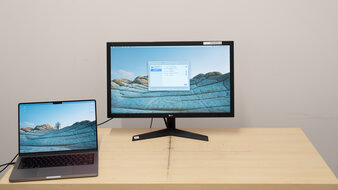 The LG UltraGear 24GL600F-B features the same physical controls as most LG monitors. The controls consist of a single joystick that is used to navigate the menus. You can also quickly adjust the backlight and volume of connected headphones from the joystick, without entering the main menu.

The contrast ratio of the LG UltraGear 24GL600F is one of the best we've seen on a TN monitor, but it's still mediocre and causes blacks to appear gray in a dark room. Unfortunately, there is no local dimming feature on this monitor.

The LG 24GL600F doesn't have a local dimming feature. The above video is provided for reference only.

The LG UltraGear 24GL600F-B has good SDR peak brightness. There is very little variation in brightness, which is great. This monitor is bright enough for most rooms, but might not be able to overcome glare in a brightly-lit office. 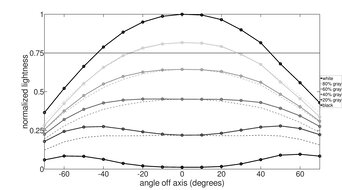 Like all TN monitors, the horizontal viewing angle on the LG 24GL600F-B is poor. Even slightly off-center, the image appears washed out from the rising black levels and decreasing brightness. If you want a similar display with much better viewing angles, check out the Dell S2421H instead. 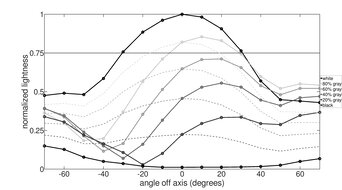 Like all TN monitors, the LG UltraGear 24GL600F-B has disappointing viewing angles. From below, the image degrades significantly at an angle, and eventually, the image inverts and appears as a negative image. From above there's no inversion, but the image washes out very quickly. If viewing angles are important to you, check out the ASUS VG246H instead.

Decent gray uniformity. Like the ASUS VG245H, the top half of the image is noticeably darker. This is due to the bad vertical viewing angle, not the actual uniformity. In near-dark scenes, the uniformity is much better.

This monitor has bad black uniformity. There is noticeable clouding throughout the screen, and some backlight bleed along the left side. This might vary a bit between units. 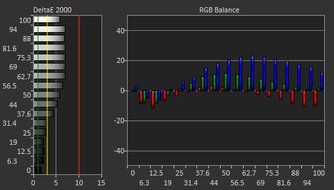 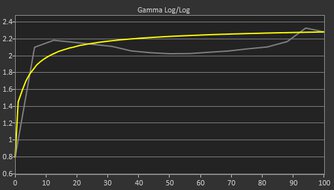 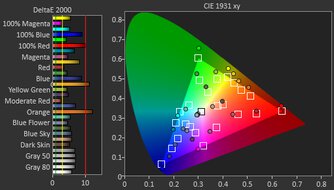 Out of the box, the LG 24GL600F-B has decent accuracy. Gamma doesn't follow the sRGB target curve very well, and most scenes are too bright. There are noticeable errors in some shades of gray, and significant errors in certain colors, to the point where even non-enthusiasts might notice. 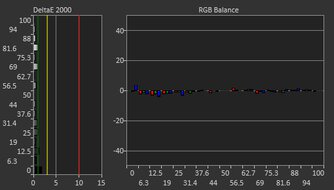 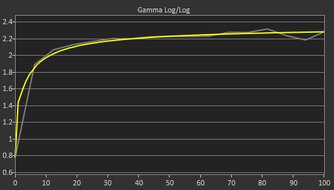 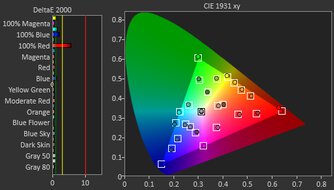 After calibration, this monitor has excellent accuracy. Gamma follows the sRGB target curve almost perfectly, and there are no remaining noticeable inaccuracies in shades of gray or in colors.

This monitor has an excellent SDR color gamut. It can display almost all of the sRGB color space, but has only decent coverage of the wider Adobe RGB color space, which isn't ideal for professional photo editing. 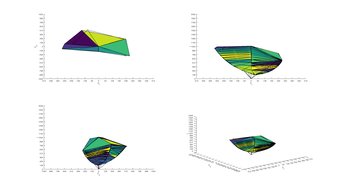 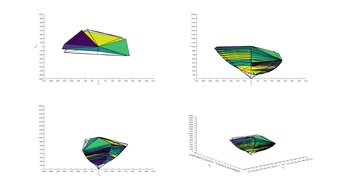 The LG 24GL600F-B has great reflection handling, very similar to the LG 24MP59G. Glare might still be an issue in a bright room, but most people won't have any issues. 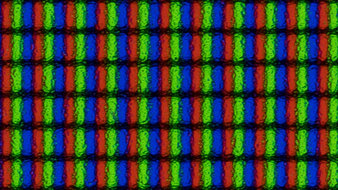 The LG UltraGear 24GL600F-B only supports 8-bit color, so there is noticeable 8-bit banding in our 10-bit test image.

This monitor has a native 144Hz refresh rate, which is supported over both HDMI and DisplayPort.

The LG UltraGear 24GL600F-B also supports FreeSync when connected to a recent NVIDIA graphics card over DisplayPort only, but it has to be manually enabled, as this monitor isn't certified by NVIDIA as G-SYNC Compatible.

Over HDMI, the monitor supports up to a 144Hz refresh rate, but during testing, the screen would occasionally flash in this mode. Over DisplayPort, we did not encounter this issue. 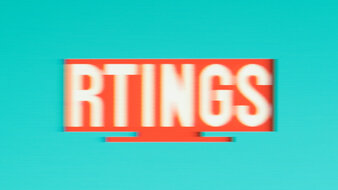 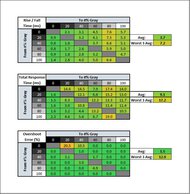 The LG UltraGear 24GL600F-B has an excellent response time, so there is less motion blur behind fast-moving objects. There are four different response time modes; we recommend the 'Fast' setting, as it delivers the best results overall. Lower settings have very similar overall response times, but the 'Faster' setting has noticeable overshoot in many transitions, so we don't recommend it. 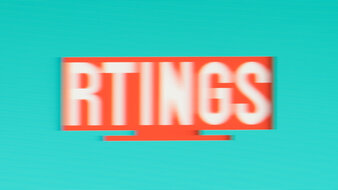 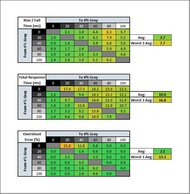 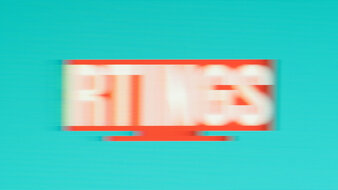 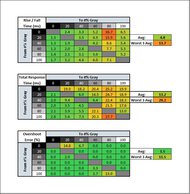 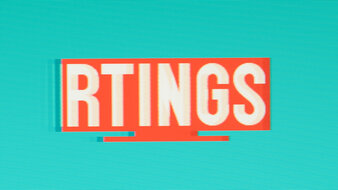 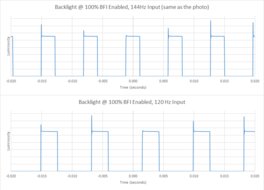 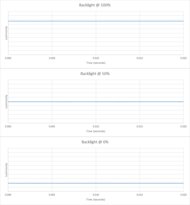 The backlight of the 24GL600F-B is normally completely flicker-free, so there are no noticeable duplications.

The 24GL600F-B has outstanding low input lag, great for even the most competitive gamers.

The 24", 1080p screen might be a bit small for most people, but it's great if you have a limited amount of space. If you want a portable display for on-the-go use, check out the Lepow Z1 Gamut. 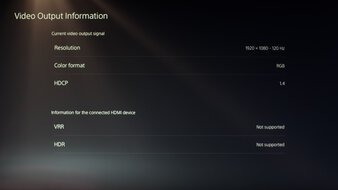 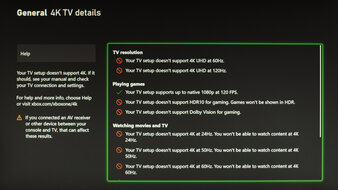 The LG 24GL600F-B has a pretty standard selection of inputs, with two HDMI ports and a single DisplayPort connection. Unlike the larger UltraGear models, there is no USB hub, and by extension, the firmware can't be updated. 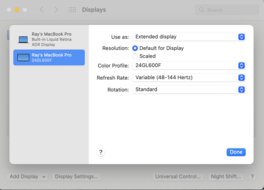 The LG 24GL600F works well with recent MacBooks. The variable refresh rate feature works well both in-game and on the desktop, and there's no flickering. Windows return to their original position when you wake your computer from sleep or close the lid. Strangely, if you have VRR enabled, the computer switches back to a fixed refresh rate after waking up from sleep.

This is a very basic monitor with few additional features. Like the majority of gaming monitors, it can add virtual crosshairs to any game, and there is an optional black frame insertion feature. This monitor doesn't support HDR10, it doesn't have built-in speakers, and it doesn't support picture-in-picture or picture-by-picture.